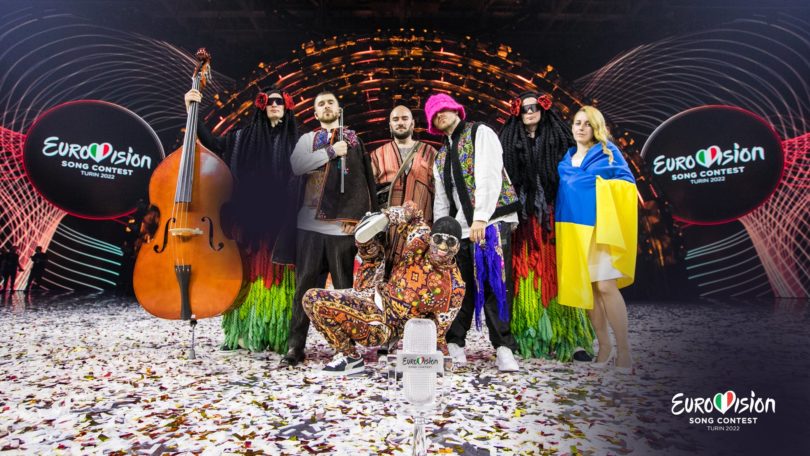 Ukraine emerged as the winner of the 2022 Eurovision Song Contest. (Eurovision photo)

Nicosia, CYPRUS – Another Eurovision song contest has come to a colorful end on Saturday, with Ukraine’s Kalush taking the title of winner with their song “Stefania.”

With Chanel from Spain dazzling with her costume and dance moves, Monika Liu from Lithuania mesmerizing with her incredible vocals, and Mahmood and Blanco managing to step out from the large shadow cast onto them by Italy’s Eurovision 2021 winners Måneskin, this year was eventful to say the least.

With around 180 million people tuning in from all over Europe and Australia, the contest sparked  dispute between viewers.

Weeks ago, outlets had been discussing Ukraine’s predetermined win, given the current political climate with Russia’s invasion. Many were prejudiced about the performance, either saying they would love it regardless or judging it more harshly as they were set to win anyway.

But should Eurovision be a political contest?

For years, the contest has prided itself as being secular, judging on vocals, performance and lyrics rather than country and political background.

But in truth, the political climate of Europe seems to have affected, and is affecting, the contest more and more. This isn’t to say that the decision to ban Russia in 2022 was unnecessary, although some might view it as superficial, performative activism.

In the past, both public and jury votes have been influenced by the political climate. In 2021, for example, the UK experienced backlash after Brexit, getting a total of 0 points from both jury and the public, and finishing last.

Jury votes have been accused of being influenced as well – Slavic countries are known to band together, giving each other the highest of 12 points.

Turkey’s 2003 win has also been accredited to politically inclined votes, with both Greece and Cyprus giving them high points in the name of finally establishing peace in Cyprus – the borders between the occupied North and the Republic of Cyprus had just been opened.

Some might argue that Eurovision bringing light to political developments is a lighthearted way to raise awareness of global issues, while others stay in the staunch belief that the contest should pay no mind to political drama.

No matter what, no one can deny that Eurovision’s glitz and glamour is truly a spectacle to be admired.

Erin Timur is a Reporter with Youth Journalism International.

Erin Timur is a Reporter with Youth Journalism International from Nicosia, Cyprus.