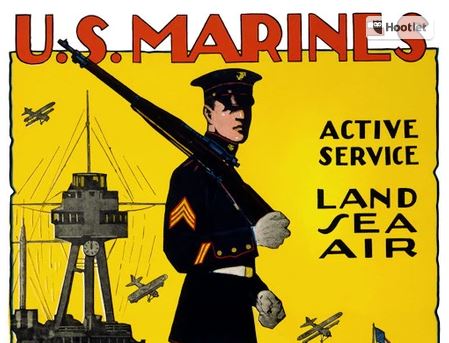 BRISTOL, Connecticut, U.S.A. — Between the Motorola tent and the bungee jump at Friday’s X Trials sat the post of one venture I wasn’t expecting to see — the U,S. Marine Corps.
Sgt. Matthew Butler, in charge of public relations for the encampment, said they were present to “generate awareness” by giving information and interacting with the public.
Although he denied that they were there primarily to recruit, he said the event was “such a targeted market, it makes sense that we’re here.”
Why target the X Trials as a recruiting site? Butler said the spectators were likely to come looking for some of the values the Marines expect of their ranks, including dedication, honor, and courage.
“We’re not trying to recruit the athletes,” Butler said.
While that may be true of the stars, it doesn’t apply to the spectators.
While talking to Butler, I saw several people filling out what appeared to be contact forms.
William Roggi, 15, who goes to Manchester’s Cheney Tech, filled out an information card with his phone number and address. He said he might be interested in the Marines.
“If I went into anything like that, it would be the Marines,” Roggi.
With all their signs, quite visible during the Flatland finals Friday, it’s clear the Marines are a major sponsor of this event.
With the red Humvee, the engraved sword from the commercials painted on its side, and the contact forms, it seems they hope to get their money’s worth in recruits from the crowds.