Some of the crowd at the March for Our Lives in Atlanta, Georgia on Saturday, March 24. (Madeleine Deisen/YJI)

Atlanta, Georgia, U.S.A. – On Saturday, I participated in the March for Our Lives in Atlanta.
The march began at the Center for Civil and Human Rights and ended at the Georgia State Capitol.
At least 30,000 people attended the march, according to police estimates reported in the Atlanta Journal-Constitution, though organizers put the number closer to 70,000.
Students and local leaders opened the march with speeches. 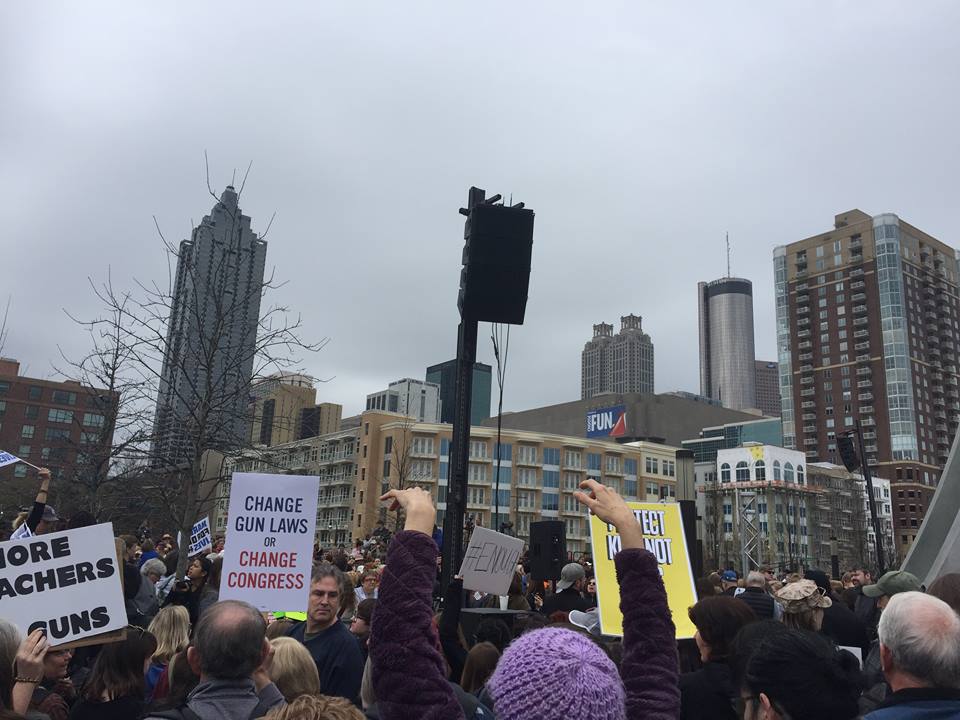 Marchers walked from the Center for Civil and Human Rights to the Georgia State Capitol. (Madeleine Deisen/YJI)

Carly Novell, a survivor of the shooting at Marjory Stoneman Douglas High School, spoke about her grief and her desire for change.
Mayor of Atlanta Keisha Lance Bottoms talked about her personal experience with gun violence when her nephew was shot due to gang violence. She called on marchers to remember how gun violence affects all communities.
Congressman John Lewis of Atlanta discussed the sacrifices, including many arrests and imprisonments, he made during the American civil rights movement. He said he is willing to continue making those sacrifices for this movement.
Lewis also encouraged marchers to remember to vote in November to make sure elected officials pass gun control legislation.
Many marchers were inspired by his message as they lined up to register to vote with volunteers from Spread the Vote Georgia and Georgia Alliance for Social Justice.
I felt proud to join the thousands of people across the state, country, and world who stood up against gun violence on Saturday.
Everyone seemed unified, purposeful, and fired up for change as we chanted, “Enough is enough” and “Vote them out.”
The March for Our Lives is proof that the National School Walkout was not the end of the conversation. Students, educators, parents, and all Americans are tired of the continued mass shootings and the lack of action from our representatives.
We will continue marching and voting until that changes.
Madeleine Deisen is a Senior Reporter with Youth Journalism International. 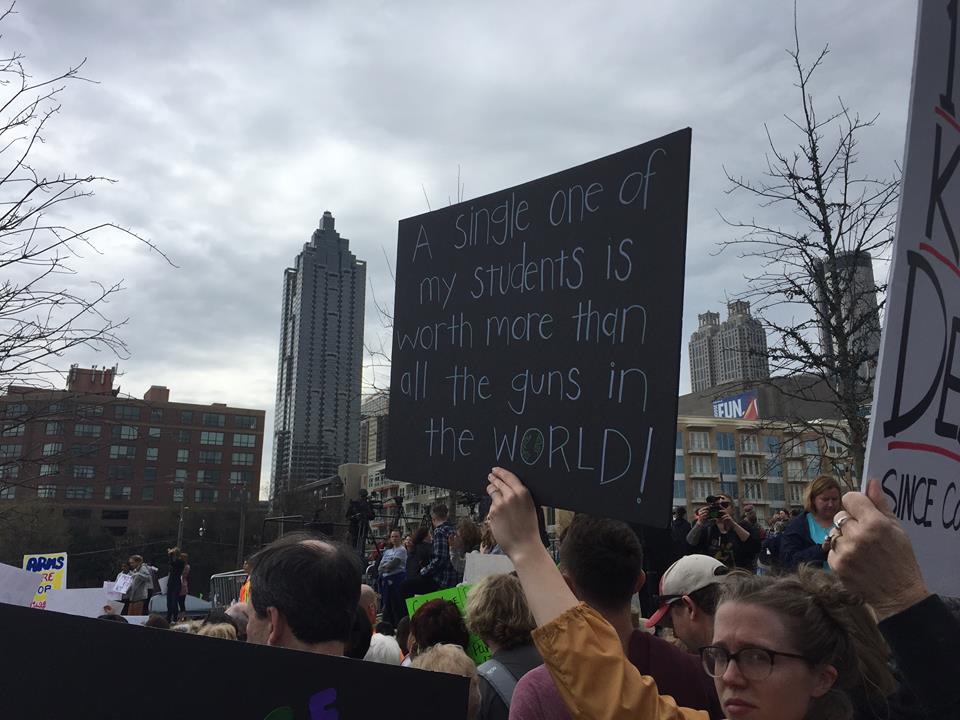