BRISTOL, Connecticut, U.S.A. — What’s beyond those golden arches?
Nothing you could possibly want — just another McDonald’s Restaurant.

Bristol currently has three McDonald’s restaurants, but the goal of the McPeople who run the chain is to have one within seven minutes of every person in the country.
That’s within walking distance, if you can walk that far without having a heart attack from your clogged arteries.
It’s obvious why the restaurants need to be so plentiful: who would travel more than seven minutes to eat there? McDonald’s grease-soaked, heavily-salted food is some of the least healthy stuff you can ingest. 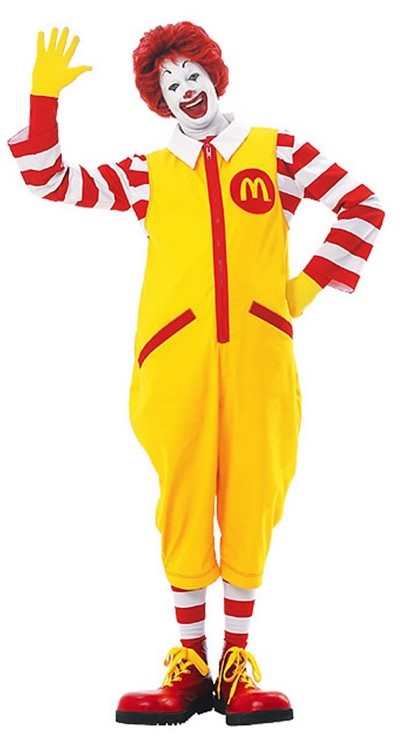 It’s right up there with lead paint and drain cleaner, and it tastes almost as good.
Mainly the world’s most popular restaurant chain – which has more than 30,000 establishments that serve more than 46 million people daily – dishes out squishy little cheeseburgers, limp, slimy fries and Chicken McNuggets made from an undetermined, brown, grisly part of a chicken, or at least we assume it’s chicken.
This fast food freak show is enough to make your taste buds scream and run for their lives.
And if you have any sense, you’ll do the same.
McDonald’s variety is limited to the point of being depressing.
There are other items on the menu, but they’re all just slight variations of those listed above.
The only real choice you have is how big you want your meal to be.
But before you order, evaluate your priorities. If getting the most for your money is important to you, go ahead and super-size it.
But if you value your physical health, you may want to order a smaller meal — at a different restaurant.
The people in charge of McDonald’s seem to think they can make up for their food’s lack of flavor and nutritional value by advertising it as much as possible.
Their burgers and fries have about as much air time as all those annoying teen pop stars put together.
Of course, no restaurant’s advertising campaign would be complete without a loveable mascot.
For McDonald’s, it’s Ronald McDonald, a clown who apparently couldn’t find a good job, like entertaining groups of screaming brats at birthday parties. 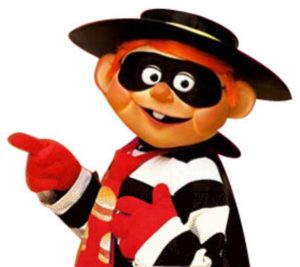 Everyone recognizes Ronald, but whatever happened to his cute little friends, Grimace, Birdie, and the Hamburglar?
McDonald’s restaurants’ service may have driven them away.
If you go inside the restaurant, you are forced to stand around for ages waiting for others to order.
At least in the drive-through you get to sit down.
But when you finally lurch up to the speaker, you face the awesome challenge of ordering.
After a few minutes of trying to decipher the meaning of the mumbling, static-y sounds, you inevitably have to just order and hope there’s a humanoid life form on the other end of the intercom.
You wait in line forever, but you really can’t complain about that.
Chances are there’s one poor kid working in the whole place, earning minimum wage while the McDonald’s corporation gets richer and richer.
The food you finally receive at the second window is very rarely the same food that you ordered earlier, and you may have been charged for some items you didn’t actually get.
But after waiting for it for what seems like hours, you’re probably glad to have anything to show for it at all.
McDonald’s, they love to see you smile – because it means your plaque-soaked arteries aren’t yet causing you any pain.