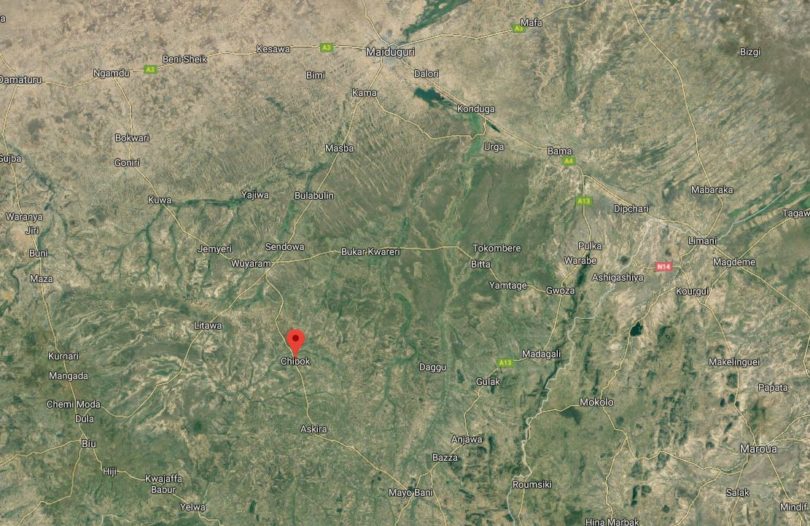 NSUKKA, Enugu, Nigeria – Life is a mystery: today turns out great, but tomorrow brings you nothing but sorrow. You see smiles here, but tears at the end of the road.
And I can imagine the tears resting on the faces of those troubled mothers of Chibok whose daughters were stolen away and remain missing. I can understand the unspoken pains perched on the lips of the people of Chibok and sense their eroding serenity.

For 16 days now, peace and happiness have become increasingly elusive in this northern Nigerian town where more than 200 teenage schoolgirls were abducted in a night-time raid on a school hostel.
The terrorist group Boko Haram – which has a history of attacking schools – is widely suspected of the crime.
What was the girls’ offense?
Nothing.
Though a few of the girls – maybe 10 or more – were reported to have escaped and made it home, we don’t know what all happened to the rest.
Today we get the distressing news that a local elder told the BBC that the girls are being married off to Boko Haram militants for 2,000 naira, or about $12 USD.
These missing girls have traveled through agonizing days and nights.
Who knows how they’ve fared? Who knows how they’ve been treated?
They never planned on getting married this early. They were innocent students, just willing to learn and acquire vital skills for a better future, young girls whose dreams could inspire visionless men. Now, all their cherished dreams lay in the dreaded hands of cruelty.
The community never anticipated such disaster. The happy faces we’re used to seeing every day now seem to be a rarity because virtually everyone is distraught, anxious. It’s hard to think clearly.
The situation is maddening. Civil groups have vociferously condemned the abduction and an atmosphere of uncertainty prevails.
In the cities of Abuja and Lagos, demonstrators have tried to raise awareness about the missing girls.
Their mothers are wailing and the whole nation is in tears, all because of Boko Haram.
Boko Haram has committed many terrorist acts in Nigeria, their last being the bombing of a bus station in Abuja which killed scores of people.
It’s rather baffling that the group ignores the impact it has on Nigerian citizens. It’s the ordinary people who suffer the brunt of their actions. The government they purport to be fighting barely get a taste of all they do.
It is imperative for the government to restore sanity. Our broken hearts have endured much more than they should have to bear. Our minds are weary, trying to absorb the atrocities that are now commonplace.
Something must be done to rekindle the dwindling hope of Nigerians. Beyond mere promises, the government must fight back with all it has. Leaders must come to terms with the interests of the people they serve. Promises not backed with stern actions provide no solution.
Terrorism is entirely unacceptable and should not be tolerated anywhere. This menace must stop!
Our girls should not be traded off like cheap materials in the market.
Our centers of learning should not be burned like coal. Our churches should not be razed like decrepit houses, and our mosques deserve protection, too.
Until we begin to understand that we are collectively suffering an insurgency, we shall be no different from people who get burned yet refuse to get treated.
The first thing we want is a return of our missing girls. We can’t wait to see hope for a better country in their eyes.
Linus Okechukwu is a Senior Reporter for Youth Journalism International.