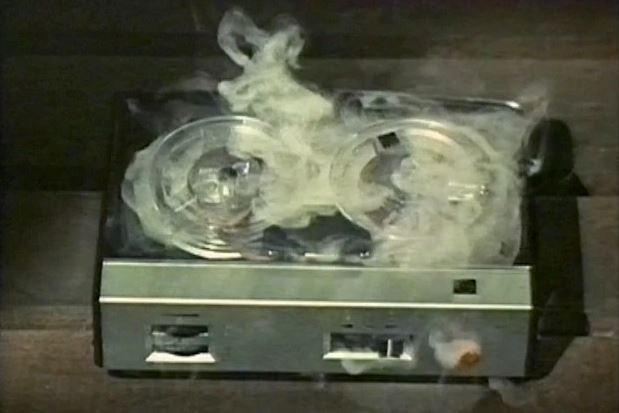 BRISTOL, Connecticut, U.S.A. — Does anybody else hear the theme song of Mission Impossible?

In the past couple of weeks, I have been notified that Bristol Eastern High School has a “mission statement” which addresses the many optimistic goals that have been set for the school.

Looking around Eastern, I never would have guessed it, either. I mean, our school trying to accomplish a “mission?”

It’s not that much more believable than little green men in flying saucers, but I guess it could be true.

Every so often one of our teachers points it out to us, very subtly.

They’re careful not to throw around phrases like “acquisition of knowledge” or “cultivation of individual interests.” In fact, I don’t think I’ve ever heard one actually say, “We are committed to excellence!” Yet.

But I’ve noticed it in other ways.

In drama class, we actually made up skits to demonstrate the “mission statement.” That project will turn out to be very interesting, I’m sure.

One of my teachers actually drilled us on what to say if some stranger came up to us in the hall and asked, “Do you know what this school’s mission is?”

I don’t blame him for wanting to make a good impression. But really, doesn’t the fact that he has to coach us on what our school is supposed to be doing speak for itself?

Even if they hadn’t told us about it, I would have noticed something was up. I mean, the big blue “mission statement” posters placed strategically around the school are kind of a giveaway.

Maybe this mission statement was made up years ago by bright-eyed young faculty members who really hoped for a bright future for the school. Or maybe it’s just some new ploy to make Eastern sound like it’s a better place than it really is.

Either way, it just didn’t work out the way it was supposed to.

If you break it up and compare the idealized image of our school as described in the “mission statement” to the real Eastern, you can tell they’re as different as apple pies and cow pies.

For example, we’re told that we are supposed to be provided with a safe environment.

I guess they’re making an effort. They banned jackets so that weapons or other items couldn’t be smuggled into the school. And yet guys with cargo pants large enough to bring who-knows-what to class still roam the halls.

Meanwhile, we all get hypothermia because the heating doesn’t work.

Our environment is also supposed to be “academically challenging.”

In some classes, this seems to be working out well.

But there are still teachers who think their teaching is rated by how much work they make us do. There are only a scattered few who incorporate class discussions and other activities that help to make what we learn significant to us.

It’s amazing how little a student can actually learn by doing worksheets all the time.

The “mission statement” also explains the importance of “respect for self and others.”

Teenagers as a rule often have issues with their self-esteem, but if you looked around Eastern, you’d probably be disturbed by what you see. I was.

Among my friends, most have mentioned suicide once or several times, and I sometimes can’t tell whether they’re joking or not.

And I personally think that all the ado about “gifted and talented” students and such programs are founded on good intentions, but not much is done, probably just so the students who don’t make the cut won’t feel bad about themselves.

And what about the CAPT test? Stressing us out with endless practice for a test half of us will fail isn抰 exactly the best self-esteem booster. And those who pass get a pat on the back and a cheery “Well, the test may not count towards anything, and all you抮e hard work has been a waste–but, gee, we think you抮e swell!”

As for respect for others, listen to kids fighting in the halls or picking on other kids from across the room. Take a look at the insults and gossip scratched into desks.

I understand that these are goals, and are not necessarily accomplished yet.

But it bothers me that these are things we have to put on a “to do” list. I think they are the things we should be able to take for granted.

This says something about not just our school, but the world we’re living in. All I can say is, we have a very long way to go.