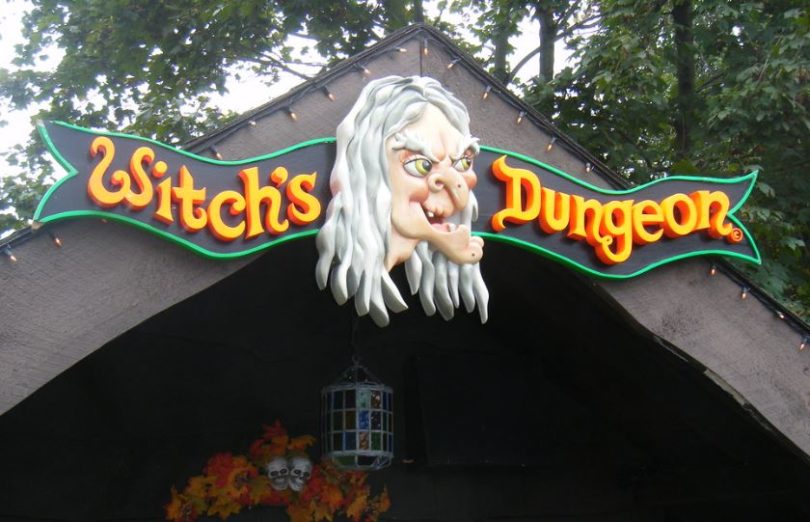 BRISTOL, Connecticut, U.S.A. — What may be Bristol’s best kept secret will be sure to bring you a treat for the Halloween season.
The Witch’s Dungeon Classic Movie Museum, created and founded by Cortlandt Hull, is an interactive art museum for classic horror movies. Hull has taken the primary characters in such classic horror movies, and has artistically sculpted them into life-like replicas of the real thing.
“I try to be as accurate as possible with all of them,” Hull said, when discussing the looks of these hell-bent mannequins.
To make these figures look so realistic, he uses a live cast for the head, real human hair for the scalp and eyebrows, and glass eyes that actually makes you think that the monster is staring you down.
Hull’s Hollywood friends taught him about movie makeup and gave him some of his monstrous wardrobe and props — including the head from The Creature from the Black Lagoon — from his Hollywood friends. His uncle Henry Hull played the original Werewolf of London, which helped spark his interest in horror films and elevates his status as a classic movie guru.
His collection of dark art displayed during the tour of the Witch’s Dungeon contains the Frankenstein Monster, The Phantom of the Opera, Zenobia the Witch, Dr. Phibes, The Creature from the Black Lagoon, Count Dracula, one of Mole People, Kharis the Mummy, Professor Henry Jarrod, The Fly, Nosferatu, the Werewolf of London, and many more.
Each of these classic beacons of horror is in a replica of a scene from the movie, in costume. The Frankenstein Monster is shown with an operating table; the Mummy is shown with a sarcophagus.
This kind of precision will impress die-hard movie fans.
“Big movie buffs will recognize these little details,” Hull said.
Don’t let the exterior of the tiny museum fool you.
When you look at the actual building, you think to yourself, there’s not much that can possibly fit in there. But once you step inside, you’ll see that looks are deceiving.
You’ll get a brief biographical scene of each characters that uses lighting, movement and sound to amuse your imagination and get you into the Halloween spirit.
Hull’s special guests this season include Sara Karloff, daughter of Boris Karloff, the classic Frankenstein Monster; Dwight Frye, son of the character actor that was best known as “Renfield” in “Dracula” and “Fritz;” Joe Mazza, national radio talk show host; and Disney artist and animator, Mark Mitchell.
Together Hull teams up with these well-known classic horror movie lovers to bring the city of Bristol a treat for the 2001 Halloween season, which marks the 35th year of the Witch’s Dungeon.
The dates this season for the Witch’s Dungeon are Fridays, Saturdays and Sundays this month: October 12-14, October 19-21 and October 26-28. The museum opens at 7 p.m. Get their early to avoid waiting in line. Anyone in line before 10 p.m. will get in, but the line closes at 10.
Located on 90 Battle St., which is off of James P. Casey Road in Bristol, CT. Admission is 99 cents and kids get in for 50 cents.
If you want more information about the museum, call (860) 583-8306, or check out Witch’s Dungeon’s website at www.witchsdungeon.org.