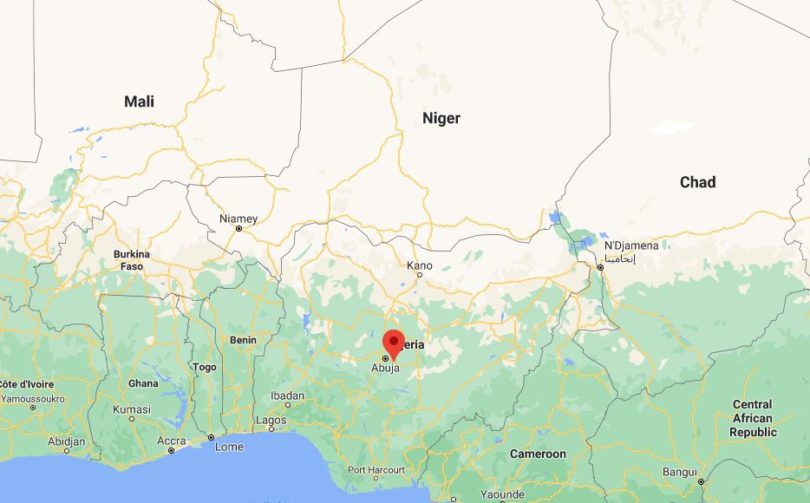 Where the bomb went off in Nigeria.
NSUKKA, Enugu, Nigeria – It was the morning rush hour in the bustling Nyanya Motor Park, a bus station nestled on the outskirts of Nigeria’s capital, Abuja.
Commuters were there, chattering and exchanging pleasantries. The day was fresh, and hopes were high.
Today is Monday, but all Mondays are never the same. Days are different, and so is today.
There was no premonition, no signs – just happy faces willing to take on the day and make ends meet.
Then it happened: a blast. Lifeless bodies. Pandemonium. Tears.

Sirens blaring, no doubt, but that noise in such situations could go unnoticed.
The day’s happiness has morphed into sorrow as genial faces stiffened. Then evacuation and the casualty figure must be taken.
Vanguard, a Nigerian national daily paper, reported that more than 71 people were killed and 124 injured after a bomb blast at the Nyanya bus station today. It’s about a six-hour bus ride from my campus.
No group has claimed responsibility for the attack yet, but all fingers point to the radical Islamist group Boko Haram. The group has perpetuated such acts for many years. And there is no doubt they are responsible.
We are grieved by the death toll and the number of injured.
The Nigerian government must eradicate this menace and entrench a peaceful society bereft of killings and tears.
The onus is on the government and all of us to make life better here.

On his visit to the gruesome scene, President Goodluck Jonathan promised that we would rise above these challenges – but the feasibility of the promise is causing us pains. When? How?
Why is this group causing us anguished nights?
Our security networks aren’t asleep, but their best we are yet to see.
The government is not too feeble, yet stringent measures are not adopted to curb terrorism.
We have suffered and we have lost a lot.
February 25, 2014 remains indelible, too, when 59 students in a federal government secondary school were brutalized and killed
by the extremist group.
When did schools become grounds for war? Do we stop schooling because terrorism is on the increase?
Amnesty International reported that 1,500 civilians died as a result of the escalating violence between Boko Haram insurgents and the military. The radical group has attacked schools, markets, churches, mosques, and many other places. It hopes to foist an Islamic state in the northern part of the country on the people.
It’s really galling to see many Nigerians become impervious to such gory spectacle.
It is commonplace; it has become part of our everyday life. But then, must our brothers be killed before we share in the pains of the victims?
When stories of bomb explosion are broached, many people could not care less about what’s happening. It is not in their vicinity, not in their state nor region – so why should they care?
Here are humans killed mercilessly. Innocent civilians made to pay for goods they never bought. Optimistic students whose hopes for tomorrow were destroyed by Boko Haram, children turned orphan by the scourge.
Do you see why we have to care?
Sad faces. Tears all over them. Nobody to console them. Yet, in their pains they can’t stop clinging to the rope of hope. See why they need us?
Like us, they are human. We must learn to empathize with victims of such unimaginable violence.
Stop being clannish! Watch and see – we used to live like one big family, sharing in one another’s successes and failures alike.
Get over to the bridge and console that little boy who is crying. His parents are victims of violence. Give him hope, make him believe Nigeria will get better.
Tell him that terrorism isn’t routine in the world, that he can be an agent of peace.
There is no better way to do this than to come to grips with the sufferings of the victims and show genuine sympathy.
The government owes us some measure of responsibility. The media must enlighten the masses so they may become security conscious and alert. We must learn to take precautions and contribute to the eradication of violence, insurgency and ignorance in our society.
Forget blame – this is our collective responsibility. Today it is in Nyanya Motor Park. If we don’t act, who knows where terror will strike tomorrow.
Linus Okechukwu is a Reporter for Youth Journalism International.