By Alexandria Garry
Junior Reporter
Youth Journalism International
HARTFORD, Conn., U.S.A. – “Hateful
Things” an exhibit at the Mark Twain House and Museum, is a shocking and
disturbing look at our country’s history and continued bias towards race.

The exhibit holds posters, figurines,
games, and commercial products all containing degrading and at times graphic
depictions of African Americans.

The most shocking pieces for me were
a display of classic children’s books including beloved characters like Dumbo,
Mickey Mouse, and Woody the Woodpecker and the DC comic Captain Marvel, each
with African American characters depicted as ignorant and uneducated.
They played into the typical
stereotypes of the age, either with a broken Southern dialect, or as tribal “savages.”

Seeing childhood favorites portraying
these hateful messages hit home for me, making me look back on old movies and
TV shows where the racism may not have been as explicit, but still contained
the undertone of white superiority.
The second and most shocking item was
an anti-Obama banner from the 2008 elections, which read ‘Stop the Monkey
Business.’
Exhibits like this remind me that
slavery was not so long ago and segregation and the fight for civil rights was
within my parents’ lifetime.
I like to think that as a society we
have come a long way on the road to seeing beyond race, but the fact of the
matter is racism is still far too common. And I hope that the horror of this
fact can be recognized and resolved by, if not my generation, then the next.
The exhibit, though troubling, was
incredibly thought-provoking and presented in a beautifully poetic way.
Twain quotes adorn the walls throughout
the exhibit, giving a break from the morbid artifacts and shedding a hopeful light
on the whole experience.
One thing that came to mind while
reading through the hateful words and propaganda was the subject of biology and
X & Y chromosomes. We have 23 pairs of chromosomes and out of those 23, 22
pairs are exactly the same in every single human being.
We are all exactly the same, and yet
we let one difference – whether it be race, gender, or religious beliefs – justify
the discrimination and humiliation of people.
One set of chromosomes can tear
people apart.
Twain said it best: “I have no race
prejudices, and I think I have no color prejudices or caste prejudices nor
creed prejudices. Indeed I know it. I can stand any society. All that I care to
know is that a man is a human being – that is enough for me; he can’t be any
worse.” 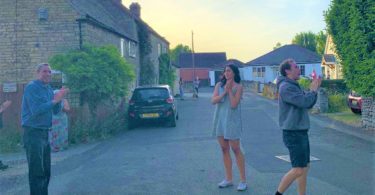