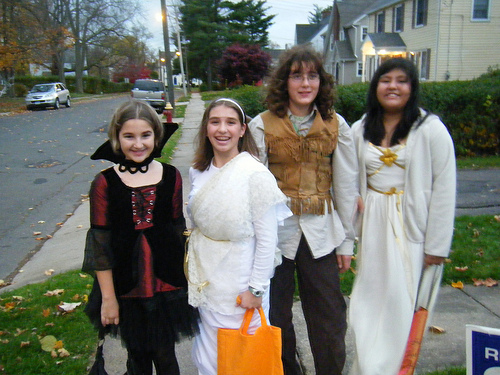 WEST HARTFORD, Connecticut, U.S.A. – Ever since I was four and moved to America from Ukraine, I watched all my other friends go trick-or-treating each Halloween.
I heard them talking about where the best houses were and how much candy they would get. I asked my mom every year if I could go, but she said no.

My mom’s concern is understandable because Halloween customs – not just trick-or-treating, but the focus on skeletons, ghosts and graveyards – are completely new to her. Wouldn’t it seem new to you if you weren’t born here and haven’t gone trick-or-treating your whole life?
In case anyone doesn’t know, Halloween is one of the most famous American holidays. Kids dress up in costumes and go door to door collecting candy. Some say it came to be because people wanted to dress up so ghosts and ghouls wouldn’t recognize them.
Even without trick-or-treating, it was always one of my favorite holidays. I got costumes and went to my school’s annual Halloween dance, and I bought candy on sale afterward. But I always wanted to go trick-or-treating.
This year I went trick-or-treating my for the first time ever and it was … AWESOME!
I went with my friends, Mary, Sophia and Stephanie. We all dressed as Greek goddesses. I was Persephone, who is the goddess of springtime half the time and the queen of the underworld in the six months of winter. 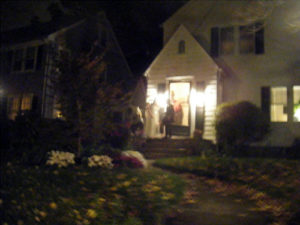 We all met at Mary’s house and obsessed with our costumes and just as it was getting dark, we went outside.
We chose our route, so we went to all the “good” houses, with lots of candy. We went up to the first one and when the person opened the door we said, “Trick or treat,” and they gave us some candy!
I didn’t think it would be that easy to get so much candy.
After that first house, on we went, down the street, until we were out for about two hours. Each of us had a year’s supply of candy.
We came back to Mary’s house and went up to her room and chose a corner to pile our candy out and check out the loot.
Then we traded candy so we had just the kinds that we liked. My personal favorites are Twix and Skittles. We had a whole trading system going on. The time just flew by.
When I got home, I split my pile, sharing with my mom and my brother. The whole experience was amazing and my mom liked it, too. Yippee! I hope I can finish all my candy before next year!

Yelena Samofalova is a Junior Reporter for Youth Journalism International. 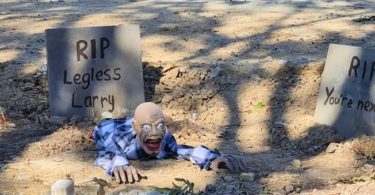 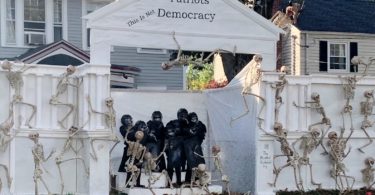