Brisbane, Queensland, Australia – I’m 17, don’t have my driver’s license and haven’t seen half of what Brisbane has to offer, so perhaps I’m not the best person to be promoting it. What I can offer, though, is an explanation of why I wouldn’t have chosen anywhere else to spend my first 17 years of life.

Why I love Brisbane (a.k.a. Brisvegas, Brissy, and ‘the sleepy little town’):

It runs smack-dab through the middle of the city, separating northern and southern Brisbane. Search Google Maps for “Brisbane, Australia” and you’ll see the vast expanse of the Brisbane River.

Growing up, I couldn’t avoid hearing the many rumors surrounding the murkiness of the river. The most fascinating I’ve heard is that it is shark-infested – which it obviously isn’t, but that didn’t stop my mother from banning me from going tubing in it due to the ‘possible sharks.’

One time, on a whim and out of sheer boredom, my sister and I took a CityCat (which is basically a big ferry) from one end of the river to the other, just to see how long it would take.
It took about two hours. Nothing beats the wind hitting your face at 48 kilometers an hour two hours.

The phrase ‘lazy days’ describes Brisbane at its best. If we had a defining cultural pastime, it would be spending a lazy day at the beach and digging into a barbeque with some mates. Little compares to sunshine, blue skies and smiles all round.

As a town that welcomes migrants, Brisbane offers a wide-variety of food choices. Your taste buds can never grow bored living in Brisbane! 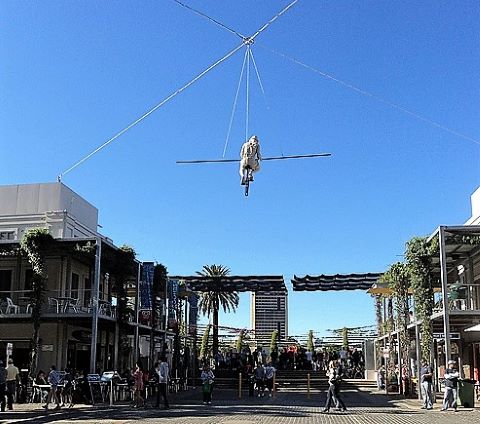 Nothing “big” happens in Brisbane, so the hype is amazing when a sporting event is going on, for example.

Roads are congested, every street within a kilometer radius of the venue is filled with people and parking is impossible. Twitter and Facebook erupt with complaints of noise, traffic jams and parking tickets. 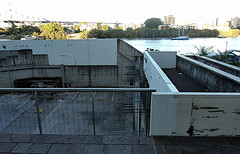 As a kid I would follow my mother to the Sunday markets where she owned a store. I became friends with another storeowner’s kid, and together we found a secret hideout. As every kid has probably done, we pretended to be secret agents saving the world.

When I visit this location 10 years later, an influx of memories flood back into my mind. Personal discoveries like this make Brisbane the golden home I know it to be.
Brisbane doesn’t have the leaning tower of Pisa or the Eiffel Tower, but there’s no other city for me.

I can’t pinpoint when Brisbane captured my heart and took me captive, but now I’m stuck. I will never be able to leave the summer sun, blue skies and laid-back atmosphere without experiencing agonizing grief.

Nancy Hsu is a Junior Reporter for Youth Journalism International.