The view from the intersection of Curtis and Matthis streets on the outskirts of Champaign-Urbana. The scene is a familiar sight to the people of Champaign-Urbana. (Mona Jawad/YJI)
CHAMPAIGN-URBANA, Illinois, U.S.A. – A long, quiet car ride through the winding country roads at sunset, the bustle of college students downtown, and the warm smiles on a vendor’s face at the farmer’s market all come to mind when I think of my hometown.

Though the two cities are technically separate, Champaign and Urbana are right next to each other, making it hard to tell the difference between them.

Our area is referred to as C-U more often than not, and the people from each town commonly intermix in schools, special events, and everyday life. In a way, it can be thought of as two neighbors who became so close that they adopted one another as family.
It’s hard for me to think of a time, even in the colder seasons, where there isn’t something to love about the place.
Though at first glance Champaign-Urbana may seem a bit small for any real excitement, it holds just enough activity to satisfy almost any interest.

An intersection in the downtown of Champaign, where the town holds festivals. (Mona Jawad/YJI)

The cheers and roar of the crowd within the Assembly Hall in Champaign can be heard for miles away during sports games, and the marching bands at Memorial Stadium let everyone know when it’s football season.

These two arenas also host shows, concerts, and circuses during other times of the year.

Similarly, music lovers and art enthusiasts alike have a beautiful place to experience passionate works at the Krannert Center for Performing Arts, where famous people – including cellist Yo Yo Ma – will sometimes come to visit and amaze their audiences.

The Virginia Theater in Champaign, located on the other side of the downtown, is another traditional place to watch both movies and plays. 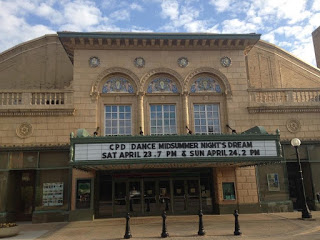 The downtown area holds a large cluster of small restaurants, businesses, and even Walnut Street Tea Co., a quaint little shop that seems to take you to another time when you step inside.

At night, the lights strung across the buildings are always a sight to see.
There are parades and several different festivals on special days. This fall is the Flannel Fest in Champaign, and later this month, we’ll flash our rural side at the Urbana Sweetcorn Festival. 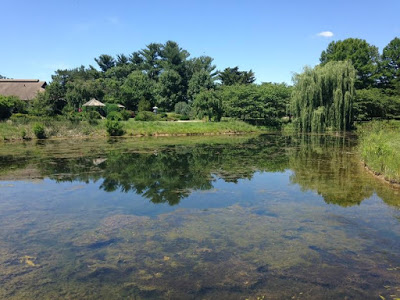 The view from a bridge crossing a pond in the University of Illinois Arboretum. It’s a beautiful place to take in a breath of fresh air. (Mona Jawad/YJI)

The Sweetcorn Festival attracts more than 50,000 people, according to its website, all crowding around for exciting games, stands, music, and of course, an entire team devoted to preparing free sweet corn for everyone to enjoy.
My favorite places in Champaign-Urbana, however, are the numerous parks strewn throughout the towns. Many families, alongside with ours, have warm memories of growing up around the playgrounds and scenic walks that are dotted along the landscape.
Municipal parks constantly have events like 5Ks, marathons, and classes going on within them, and in the more nature-centric parts, it is common to find a group out on a birdwatching walk or volunteering to help keep everything running. 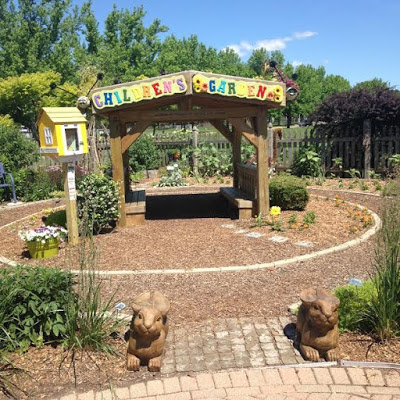 The brightly painted Children’s Garden is part of the Idea Garden. (Mona Jawad/YJI)

One of the most popular parks is the Idea Garden in Urbana. It’s a spacious expanse inside the University of Illinois Arboretum. It includes a sensory garden filled with brilliantly bright flowers, and a place that takes Japanese cultural learning to a new level by immersing visitors in traditions such as a tea ceremony. 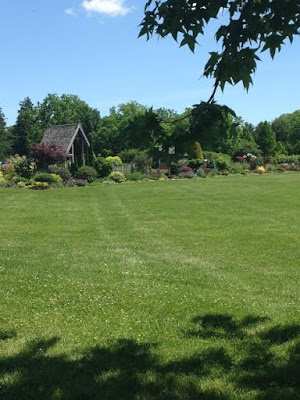 A side view of the Idea Garden in full bloom. (Mona Jawad/YJI)

The main garden itself is set up by a group from the University of Illinois, and is built to delight visitors of all ages. Labels are placed next to just about every species of plant there to satisfy the curiosity of those wandering within it.

The University of Illinois itself, in Urbana, is our pride and joy, and what many will half-jokingly say is the reason a great majority of our population resides here. The Quad is often the center of activity for the students, and the streets surrounding it are so flooded with campus dwellers during the school
year that parking spots become a rare commodity. 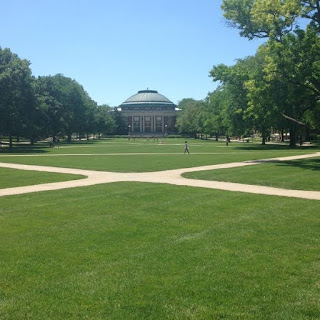 The University of Illinois Quad on a slow day. Typically it is the center of student activity. (Mona Jawad/YJI)

I couldn’t think of a hometown that I would rather have grown up in. Whether it be to stay or to pass through, Champaign-Urbana welcomes all and is a perfect place to relax and explore.

Mona Jawad is a Junior Reporter for Youth Journalism International.

A panoramic view of the ponds and hills on the edge of the Arboretum. (Mona Jawad/YJI)

***
Hometowns all over the world are as interesting and unique as the people who love them. YJI students are encouraged to examine the place they call home and let readers in on some of its charms. You can help keep students writing with your tax-deductible contribution. Thank you!
HelpYJI.org