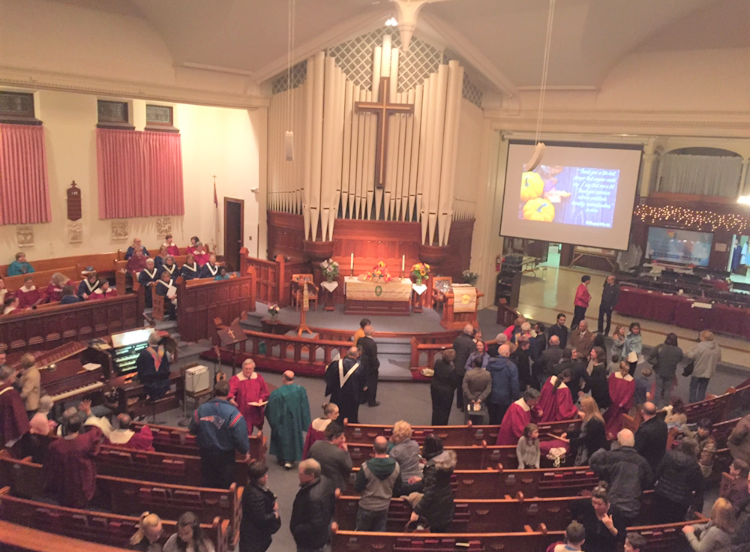 Bristol, Connecticut, U.S.A. – Open hearts, open minds, and open doors – just not open marriage. Since my birth, I have been hearing that same phrase all my life growing up in my local United Methodist Church. I was christened there, baptised there, and just over a year ago, confirmed there.
The UMC was a place that I considered a second home, a second family, filled with people who loved and supported me just as any of my blood relatives would. 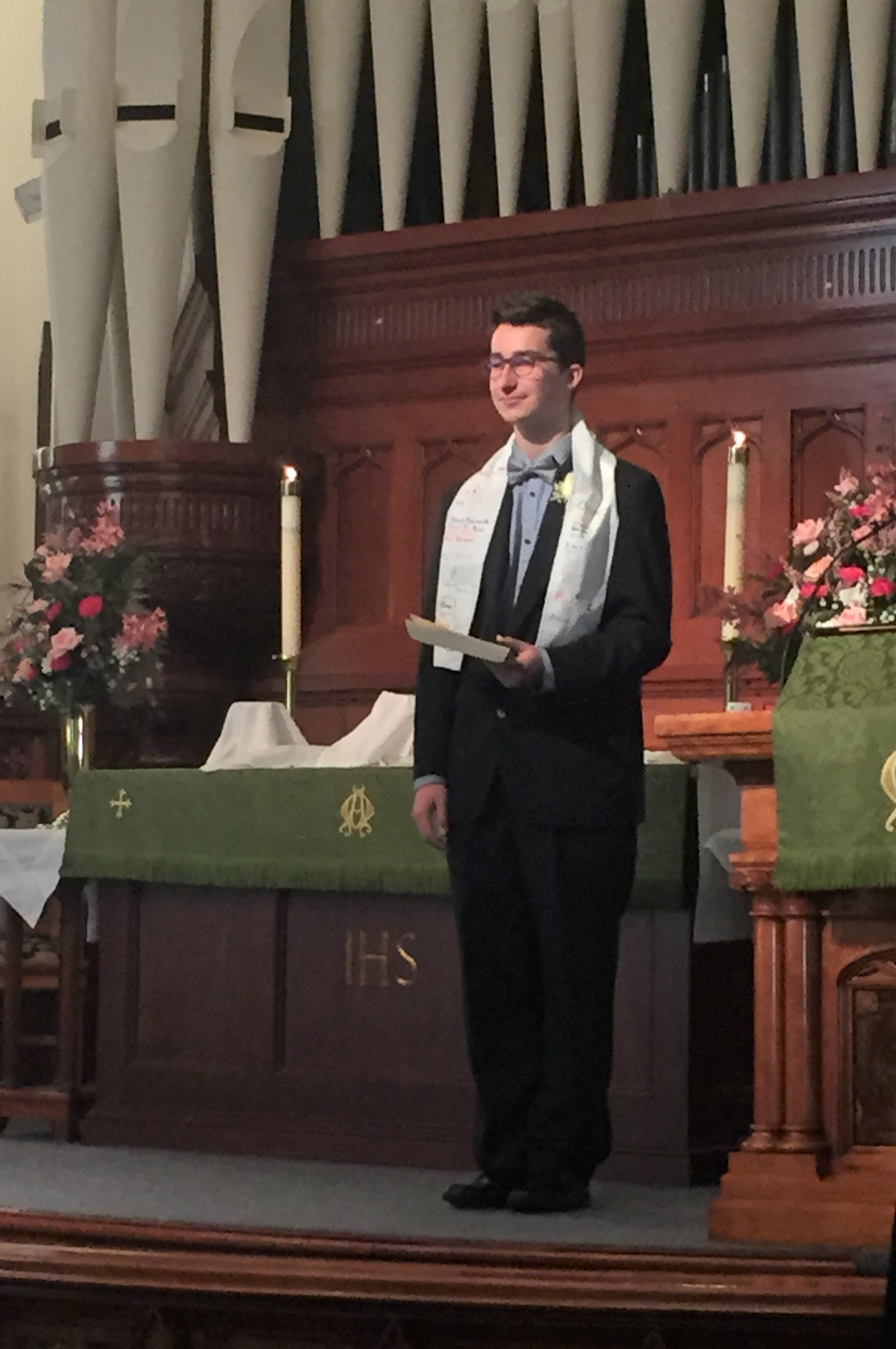 That is why I was deeply taken aback when about 800 delegates of clergy and laity – representing a worldwide denomination of more than 12 million people –recently decided to reaffirm the church’s harsh position on gay marriage and its ban on gay and lesbian clergy.
This is not the church I know.
Prospect United Methodist Church, my local congregation in Bristol, has always been a place of acceptance and welcome.
Every other year, my church would host a Thanksgiving Interfaith service, with scores of worshipers and religious leaders coming together one roof to celebrate a time of peace, family, and gratitude. This service was always my favorite out of the year, more so than Easter or Christmas, because I always thought it was amazing how much we as one community could get done together, despite our vast differences.
Jews, Sikhs, Muslims, Catholics, Baptists, people who practice Native American spirituality or other faiths – everyone was welcomed and admired that evening. 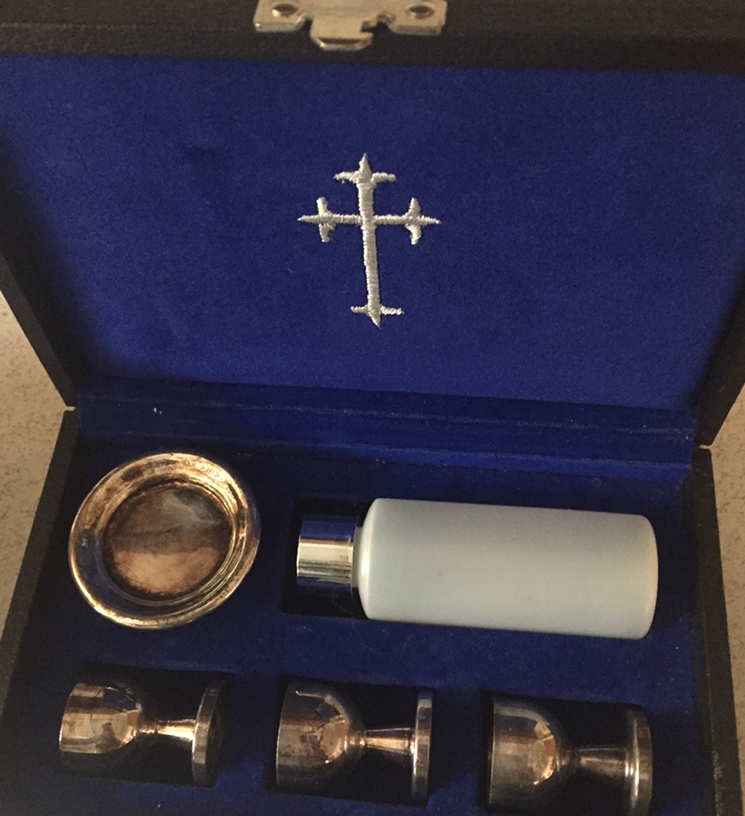 A collection of items used in communion at the Prospect United Methodist Church. (Luke Ashworth/YJI)

If I had to describe Methodism to someone with just one scene, one story, it would have to be this interfaith service.
Methodists are one of the most accepting branches of the protestant denomination, with “everyone being welcomed at God’s table,” as they would say before communion.
This is why, when church leaders came together last week in St. Louis to determine the final stance of the church in terms of same sex marriage and lesbian, gay and bisexual clergy, I was shocked to find the verdict so segregating.
With a 53 percent of the vote in favor, the church decided to uphold its old policy to ban gay, lesbian and bisexual clergy and forbid ministers from performing same sex marriages.
This was a hard blow for my family and community. We know our church to not be a hateful or bigoted institution, yet this is the outcome they chose.
With 47 percent of the delegates in St. Louis voting to take another path, there is a definite chasm within the church.
An international culture clash within the church is partly to blame for this divide.
The United Methodist Church is a global organization with every local church being part of a larger district, a district that will its churches at conferences like the one in St. Louis, where delegates make decisions about rules impacting the entire church.
While membership declines elsewhere, the Methodists are seeing a growing following in Africa and Asia, two places where people and governments – with some exceptions – tend to have a negative view of homosexuality. In some countries, homosexual acts are illegal.Even though we may all be under the same church, culturally we come from very different backgrounds, and that did not help in this decision.
If this vote had been North America exclusive, we might have seen a different result, since the U.S., Canada and Mexico all have legal protections for same-sex marriage.
Besides the Bible, the only other forms of doctrine unique to the UMC are our Book of Resolutions and Book of Discipline. These two books are a collection of rules specific to the Methodist faith. 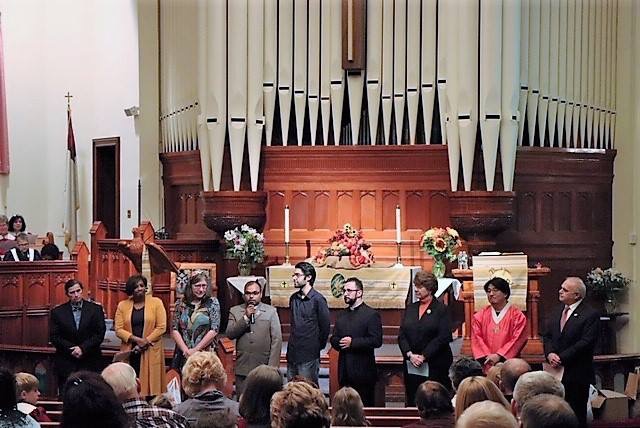 Every four years, the United Methodist Church has one massive General Conference where more than 1,000 delegates from around the world come together and make revisions to the Book of Discipline.
It lays out all the laws for clergy and laity, and dictates what our religion means, how we act in our faith, and what we can and cannot do.
The church struggle over gay rights isn’t new.
At the 2008 General Conference, some in the church raised the issue of marriage equality for same sex couples, but nothing was settled.
In 2016, many hoped again for a change in the doctrine. Canada had adopted marriage equality in 2005, and the United States followed in 2015.
Within the church, the issue had been growing but kept getting pushed off, and Methodists were at a breaking point.
In late February, the church decided to have an Emergency General Conference in St. Louis just to resolve the issue of homosexuality and the church once and for all.
At this conference, church leaders gave delegates four proposals. They had to choose one and live with it.
The One Church plan, where individual churches chose what they wanted; the Connectional Conference plan, where three more conferences would take place to reach another verdict if one couldn’t be reached now; the Traditional Plan, where the old policy would be enforced over the entire church; and the Simple Plan, where the old policy would be lifted.
When the conference ended, we knew there would finally be a decision, for better or for worse.
As we know now, delegates ultimately voted for the Traditional Plan, choosing to enforce the harsh rules on the entire institution, without any consideration for church autonomy or local say.
This decision truly baffles me as a Methodist because the UMC’s doctrine as a whole is really progressive. The UMC supports a woman’s right to end a pregnancy if the child poses a threat to the mother’s life, or if the child has too many health conditions that are detrimental to its own life.
The UMC respects the gender identity of individuals, even ordaining its first non-binary minister in 2017, and is active in equal treatment of women, going back to the first women preacher ordained by the founder John Wesley in 1761.
This church, my church, is not a stuffy, old relic of the past when it comes to the rights for women and trans people, yet still holds on to some radically extreme ideas such as the condemnation of homosexuality. I hope my fellow Methodists will see how much this decision will divide them, and pray they fix it before it’s too late.
The fate of the Methodist church is at stake.
Luke Ashworth is a Reporter with Youth Journalism International.