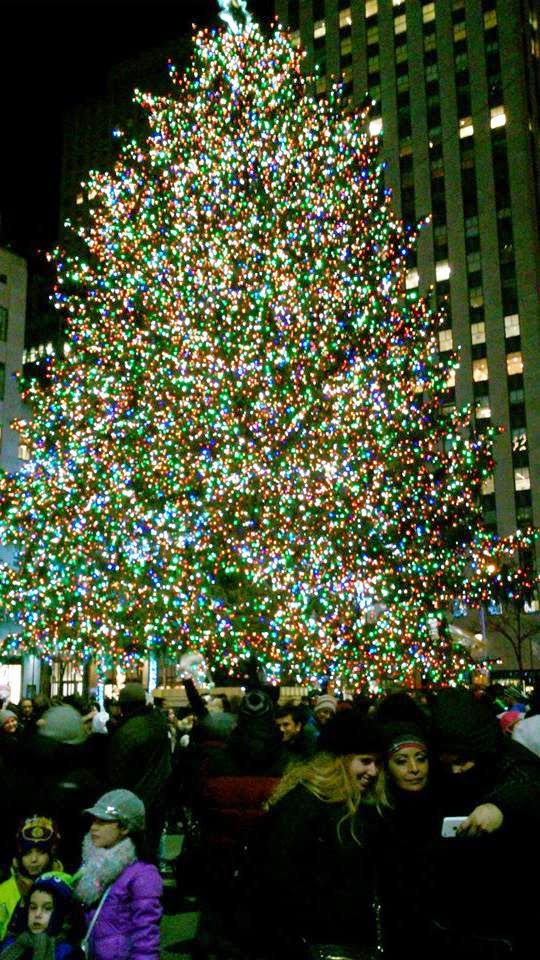 The Christmas tree at Rockefeller Center. (Yelena Samofalova/YJI)
NEW YORK, N.Y. – Just when I thought Times Square couldn’t get any brighter, it did. The ad-filled, obscenely crowded center of New York is even more spectacular during the week of
the winter holidays. 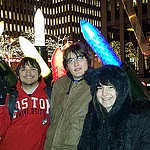 As we linked hands and made our way around the city blocks to prevent getting separated by other excited groups of people, everyone craned their necks at the starless sky and gargantuan buildings.

We passed Radio City Music Hall, where all the trees twinkled, completely covered in Christmas lights, and gigantic Christmas-themed decorations were everywhere.

A beautiful fountain stood at one corner with round red ornaments stacked on top, each at least 5 feet tall and, a little to the side, there was an oversized string of Christmas lights.

I thought this was quite a display, so I was confused as to why everyone kept saying we were looking for the huge Christmas tree in Rockefeller Center. After all, I’d already seen at least two huge, brightly-lit Christmas trees by Radio City Music Hall.

To be fair, a lot of things seem huge when you’re 5-foot-5 and don’t visit New York very often.

Finally, though, when we turned a corner and the Rockefeller Center tree came into view, I knew what everyone had been talking about. 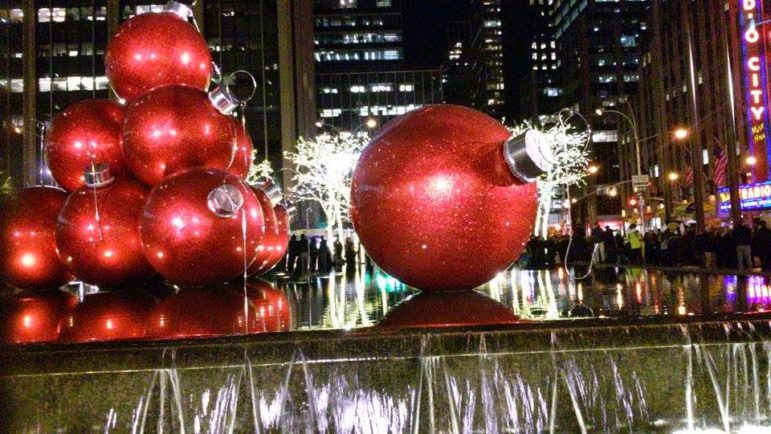 Standing in front of me was the biggest Christmas tree I’d ever seen. 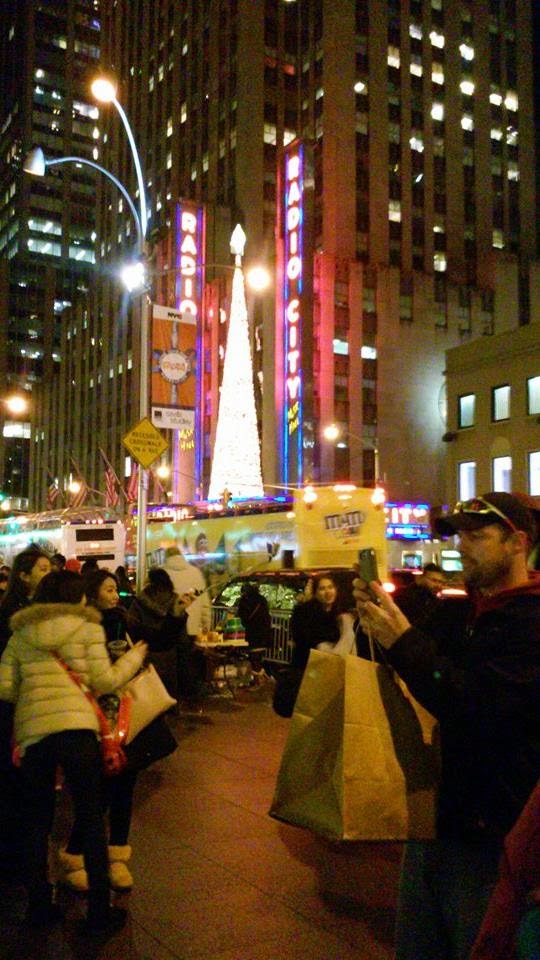 It seemed as tall as some of the skyscrapers around us and probably 50 feet in diameter.

Its lights illuminated the whole plaza.
People filled the entire area – there was standing room only. I froze in place, staring in awe, probably annoying the families and couples all around me who were trying to take selfies or group shots.
I didn’t think this place could get any better or that I could feel more Christmas cheer until we reached the railing by the tree, overlooking the famous Rockefeller Center ice skating rink.
It looked like an amazing experience to skate beneath the tree.
Since skating is one of my favorite things to do, I would absolutely love to come back someday to take a spin on the ice and see all the other fantastic sights again.
Yelena Samofalova is a Senior Reporter for Youth Journalism International.
***
Your tax-deductible contribution can help support this nonprofit at
www.HelpYJI.org