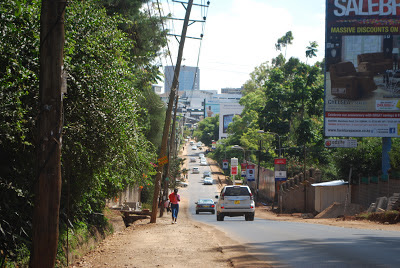 A busy road in Nairobi leads to the central part of the city, and a popular shopping mall. (Aliya Chaudry/YJI)
NAIROBI, Kenya – It’s funny how easy it is to convince people that, living in Africa, you have a pet lion and ride an elephant to school – or if you’re lucky, you get to take the giraffe.

It’s also funny how hard it is to get people to understand that in Kenya, we have cars, malls, restaurants and houses with wireless Internet access.
It seems like people outside of Africa are ready to believe that we Kenyan residents race ostriches for fun on weekends. They also would accept that our daily activities include hunting wildebeest, playing with leopards and taming zebras. In reality, Kenya is not nearly that exciting.

I live in Nairobi, a big city, with around three million people, located right in the middle of Kenya, away from the beach, the savanna and the safari parks, bookended by the tea farms of Tigoni and Limuru on one end, and Jomo Kenyatta International Airport on the other.
Though the city center is dense, packed and fairly compact, the rest of the town isn’t. Like many other expatriates residing temporarily in Kenya, I live in the suburbs, having moved here from New York City.
Compared to Manhattan, the Nairobi suburbs often feel like one of the most boring places there are to live. 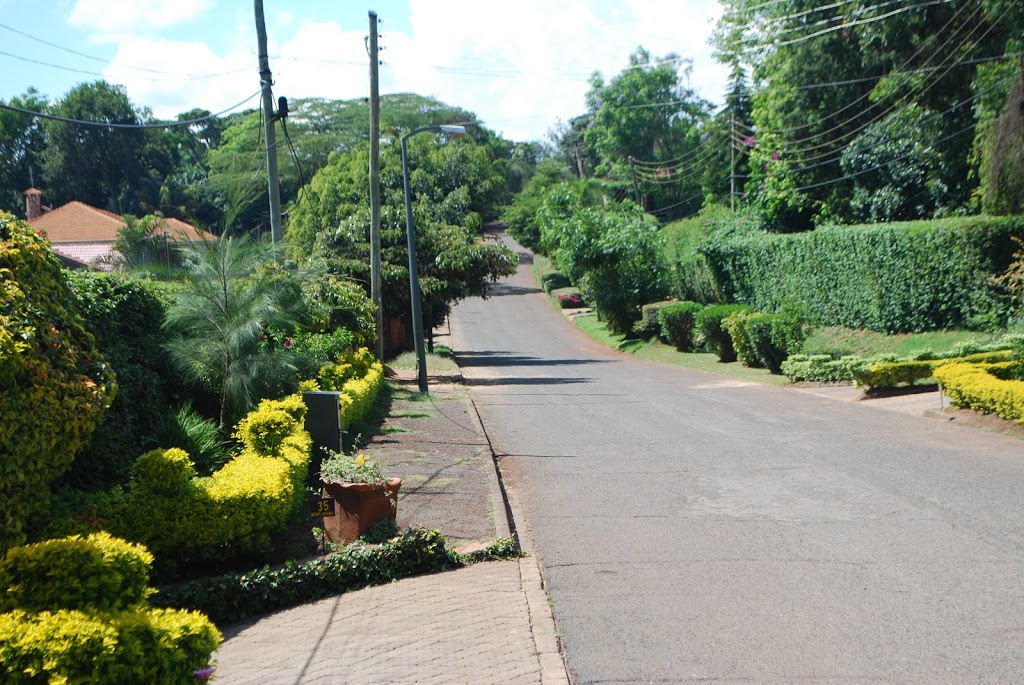 A street in Nyari, a Nairobi neighborhood. (Aliya Chaudhry/YJI)

The suburbs in Nairobi are divided into different sections. Some are very pretty, like Rosslyn and Gigiri, while some are quite cozy, like Thigiri but at the same time there are humongous estates, like Runda, while there are some, like Nyari, that just contain humongous houses. These McMansion-like residences are a lot bigger than I thought they would be, or even should be. Some are really new, and you can find some really interesting houses that look like a combination of geometric shapes and there are some fancy, pretty,  old houses, too.

Even the apartments here are bigger than they are in New York. The house may be a little too large, but the gardens are normally twice that size. No house comes without a garden, and no garden is unpleasant. Nearly every garden is filled with towering trees; avocado seems to be popular. 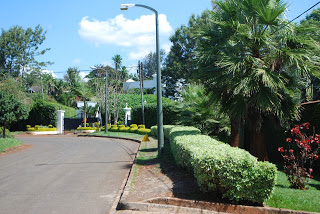 A street corner in Nyari, a pretty neighborhood in Nairobi with huge houses and gardens. (Aliya Chaudhry/YJI)

Poinsettia and Bougainvillea, with their vibrant and exotic flowers, have invaded almost every garden. African Lilies and Jacaranda trees, both of which have small flowers in the same shade of lilac, are fairly common.
Monkeys visit more often than on occasion, especially when there is fruit on the trees. They don’t do much except sit in the trees, but it’s quite shocking the first few times they come.
Though Nairobi lacks a lot of the benefits of living in North America or Europe, it does offer enough for us temporary residents to get by. There are enough malls or shopping centers like Westgate and Village Market, with stores, really good restaurants and movie theaters. 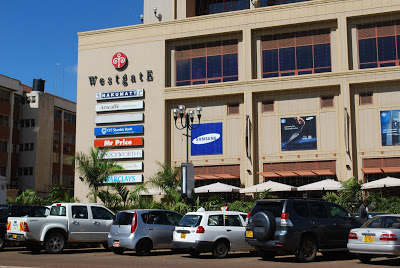 Westgate mall in Nairobi, one of the newest and most popular shopping centers in Kenya. (Aliya Chaudhry/YJI)

There’s even an ice rink here, but that’s all the way across town. The quality of food is really good, though, and seeing movies is a great way to pass the time. Clothes shopping isn’t a strong suit, however. The quality, variety and pricing of clothes stores here is not too good, so most of us buy our clothes over the summer, when almost everyone goes back home.

Security here is bad – enough to make even a teenager nervous. In Nairobi, teenagers don’t get nearly as much freedom as their peers in some parts of the world, like suburban Europe or America.
Most parents are wary about going out at night, and twice as cautious about letting their children out alone in the evening. As a consequence, we always need to be accompanied, either by an adult or a sufficient number of teenagers, and all events or outings with friends need to be planned in advance. You can’t just walk over to your friend’s house, though most people I know just don’t walk to places since they prefer to go by car.
The weather is probably the most interesting aspect of Kenya. As a former New Yorker, it’s actually quite unsettling for me. The amount of greenery and lack of concrete alone was a little uncomfortable at first, but the weather just seems unrealistic.
It doesn’t get too hot or too cold here – the most you need is a sweater. There’s no snow, but the rain can become quite harsh in October and March.
Living amongst all the temporary residents, diplomats and international citizens, it doesn’t feel like I’m in Africa. It almost feels like living in the suburbs of a European country, minus the sidewalks – and a lot of the other benefits of Europe.
So even though it’s not ideal, Nairobi is not nearly as bad as it might seem to the uninitiated.
Aliya Chaudhry is a Junior Reporter for Youth Journalism International.