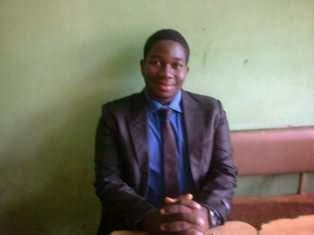 Uzoma Uzodimma, a mass communications student at the University of Nigeria in Nsukka. (Photo provided)
LAFIA, Nasarawa, Nigeria – Academic activities at the University of Nigeria in Nsukka are still moving slowly, even after the Nigerian government ordered all federal universities to reopen today.
The government aims to put an end to a five-month strike by professors and other instructors at about 75 public colleges and universities throughout Nigeria.

In a press release on its website, the registrar in Nsukka announced Monday that the school has officially resumed and called on students who have outstanding examinations for the 2012/2013 academic session to return immediately.
But the campus remains empty, students said.

Uzoma Uzodimma, a second-year student of mass communications in the school, said in a phone interview from the school that students are yet to report back.

“The hostels were totally empty,” Uzodimma said, referring to student residence halls. “I saw people moving around, so I couldn’t tell whether they were lecturers or just ordinary people. But some departmental general offices were open.”
Uzodimma said that lecture halls in his department are open, but no classes are being held.

Another University of Nigeria student at the Nsukka campus, Ijeoma Anulika, said the typically busy gates at the school are no longer teeming with students, though people still move in and out of the school. 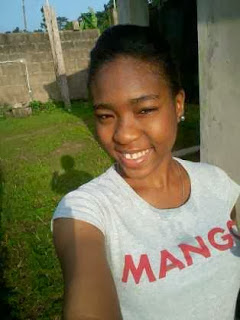 Ijeoma Anulika, a student at the University of Nigeria in Nsukka, said the usually busy campus is quiet. (Photo provided)

She said things are moving quite well, but not as they did when students were around.

Anichebe Andrew, a second-year English major on the Nsukka campus, said the place was dull and sedate everywhere.

“I went to school yesterday, I saw nobody,” Andrew said in a phone interview from campus Tuesday. “I only managed to see non-academic staff, not lecturers actually.  And there were no students there; everything was quiet empty – lecture halls were open, but no academic activities were going on.”
On November 28, Nigeria’s supervising Minister of Education and Minister of State for Education Nyesom Wike announced that any academic staff member who fails to return to work on December 4 risks being sacked.
But few federal universities have complied with the government’s directive.
Some students are skeptical about returning to school, worrying that nothing serious will happen in the classrooms until the union and the government reach an agreement.
And the deadline may have been extended.
According to a report broadcast Tuesday by Africa Independent Television, a Nigerian satellite station, the government has since shifted the deadline to December 9, apparently to allow the union representing the professors time to bury a key union leader who died in an accident last month.
Linus Okechuwku is a Reporter for Youth Journalism International.