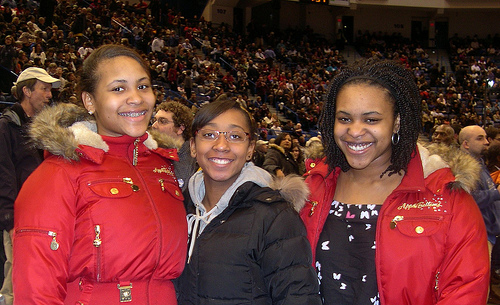 HARTFORD, CONN. – Surrounded by thousands of supporters and admirers, Senator Barack Obama stopped in Connecticut’s capital Monday evening to deliver one of his last speeches before “Super Tuesday’s” critical slew of Democratic primaries.
A variety of voters, teens and even young children squeezed in amongst prominent political figures rallying in support of Obama’s race for president. 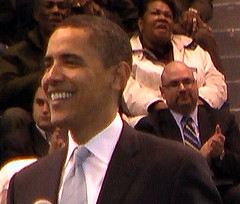 Connecticut Congressman Chris Murphy, who made a brief speech before Obama took the stand, said he supports the Illinois senator because America is “hungry for change.”
“A candidate like Barack Obama only comes once in a generation,” said Murphy.
Teenagers should be concerned about this election, according to Murphy.
“The decisions the government makes now will affect teens in the future,” said Murphy.
A major issue in this Democratic primary has always been the war in Iraq, and teens are concerned about this, too.
The “most important thing is to pull out of Iraq,” said 19-year-old Gideon Finck.
“Obama is willing to do that,” said Finck, “without posing a risk to America.”
Finck has been a supporter of Obama “through and through,” he said, since Obama first announced he was running in this year’s election.
As a “very charismatic and moving speaker,” Finck said, Obama’s “voice has captured many hearts of Americans.”
Obama is using his speaking abilities well, said Finck, and is “making an effort to reach out to all Americans.”
Another big election issue this time – with Obama in line to be the nation’s first black president and his key rival, Senator Hillary Clinton hoping to become the first woman to hold the office – is whether race or gender is more important.
If Obama is elected President it will “make the rest of the world think of America differently,” Finck said.
Grant Woollacott, a sophomore at Hall High School in West Hartford, Conn., said he supported Obama because he is a “wonderful, inspiring man who can save the U.S. from the horror of the Bush administration.”