BRISTOL, Connecticut, U.S.A. — Four years of hard work paid off last week, when my Odyssey of the Mind team won a silver medal at the O.M.Connecticut State Finals.

Although this is one of the crowning achievements of my young life, it probably doesn’t mean much to you. If you’re like most people in Bristol, you probably don’t know what O.M. is anyway.

No, it’s not the Older Members Show.

Odyssey of the Mind is just about the hardest thing to explain to a person. And really, unless you’ve been to competition — as a coach, team member, volunteer, judge or spectator — you probably never will fully understand it. 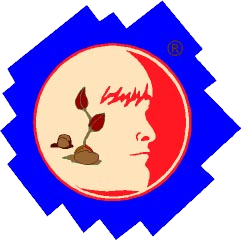 The main purpose for which O.M. was created was to promote creativity in kids by means of what is called a “long term” problem and a “spontaneous” problem.

Teams spend a whole long year preparing for their long-term problem, which usually some kind of eight minute skit. The rest of the time, they practice how to solve the spontaneous problem that they will be given.  he teams that produce the most creative “solutions” to their problem will win medals, either at Regional, State, or World Finals.

But I’m sure the things I just described things are just vague definitions that mean nothing to a person who doesn’t know much about Odyssey of the Mind. The real beauty of O.M. is the feeling it gives everyone who participates in it, the O.M. spirit.

Now, I realize this must seem like a bunch of phooey, but this really does happen. At O.M. competitions, everyone holds doors for everyone else. Competitors meet each other and become instant friends, even if the are vying for the same gold medal. People who have never met you in your entire life wish you good luck, and truly mean it. Strangers smile at you. Little kids and adults from across the state go outside and play a huge game of “Red Rover.”

And that’s the reason that, after four long, hard years of struggling to beat out top teams from across the state, but coming up empty-handed, my team continued to compete.

Even though our abilities where never acknowledged at the Awards Ceremony in the form of a gold, silver, or bronze, or the other prestigious O.M. awards, the Omer Award and the Reinancafuska, we still had the time of our lives.

Although solving the long-term project takes hours upon hours, making our other friends get angry because of how much time we spend on O.M., and fights often happen during the process, the sheer joy of competition, not winning, makes us all forget the troubles.

And that is the spirit, the meaning of Odyssey of the Mind. You take all the struggle, put it in your car, drive it to the competition, and be happy to show the whole world what you have done.

Other towns give a lot more support to their O.M. teams than Bristol does — and it pays off.

Some towns that send teams to World Finals, which are being held at Disney World this year, do Odyssey of the Mind in school, because they realize what a great education it gives.

At State Finals this month, huge crowds from Fairfield, Suffield, and other involved towns come to cheer on their teams. We narrowly lost the gold medal this year to a team from Fairfield that’s competed in O.M. since grammar school. With the town’s support, these students have made it to World Finals at least three times.

Even though practically no one in Bristol, not even our families, understand what we do at O.M., or understand the significance of the fact that we finally won after so many years, that doesn’t matter.

And in a way, the fact the we won a silver medal despite the odds and experience of the other teams, doesn’t matter all that much either. Jackie Vallee, Sara Thomas, Julie Tata, Crystal Bilodeau, Aimee Lehmert, and I, the first high school Odyssey of the Mind team in Bristol’s history, and our coach, Lynda Lehmert, are too proud of the feat we accomplished to think about the fact that nobody else even knows.

Many teams never win a medal. Only a select few ever make it to Nationals. Although it’s great to succeed, winning isn’t the most important thing about O.M. If it was, my team would never have
stuck with it for so long. It is the great experience we had just participating that was our true reward.

So if you see one of us sometime this week, please do congratulate us for getting the silver. But more importantly, thank us for representing your city so well for the last four years.

That’s all we ask for.