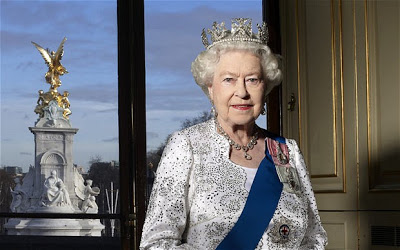 DUNSTABLE, Bedfordshire, England – The dreary weekend showcased the unpredictability of British weather – only last week, the mercury hit a warm 28 degrees – but this this time, no one cared.

Saturday and Sunday 3rd June 2012 began the celebrations of Queen Elizabeth II’s Diamond Jubilee – the 60th anniversary of her accession to the throne, back in 1952.

The young and old turned out in force to mark the celebration. Some had street parties, others travelled to London to see the Thames Pageant – a glamorous flotilla of boats and barges sailing along the River Thames, London in honor of Queen Elizabeth II’s 60-year reign.
The Jubilee Pageant was organized by Adrian Evans and based on Canaletto’s famous painting, River Thames, depicting the Lord Mayor’s Day in London 1746.
As I finish this post, the pageant has just ended with a rousing rendition of the national anthem, “God Save the Queen” and a display of fireworks.
The whole show has been a spectacular and memorable event, with our 86-year-old Queen standing throughout the celebrations.
There will be a concert outside Buckingham Palace Monday night, with many speculating as to whether Prince Harry will perform his tambourine solo on the official Jubilee single, “Sing.”
Tuesday, which is a national holiday for the Jubilee, will mark the end of the four-day celebration of Britishness and pride.
Myah Guild is a Junior Reporter for Youth Journalism International. 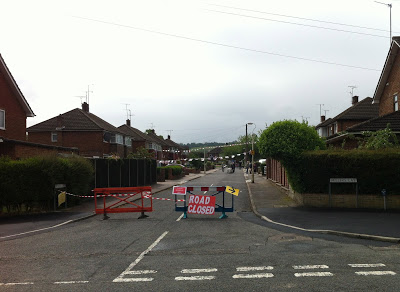 The beginning of a street party in Dunstable, Bedfordshire, England, in honor of Queen Elizabeth II’s Diamond Jubilee. (Myah Guild/YJI)