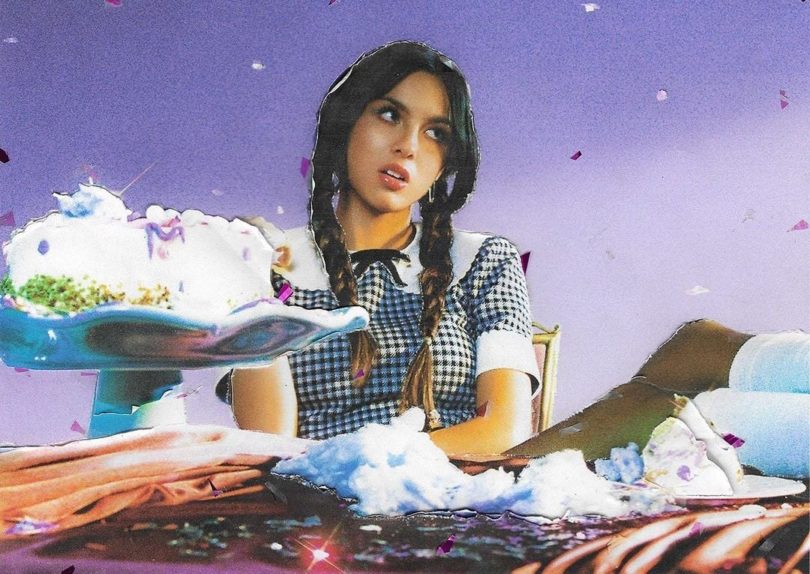 Cuautla, Morelos, MEXICO – Art doesn’t attract people because it’s relatable. A 40-year-old married guy probably wouldn’t feel he could relate to Taylor Swift’s lyrics. Instead, art attracts people because it shows the vulnerable side of an artist.

That’s why if I had to describe Olivia Rodrigo’s debut album Sour in one word, it would be ‘unfiltered’ and that’s the reason why so many people in the world, including myself, are in love with it.

The album is mistakenly believed to be about an ex-boyfriend of hers. But from what I heard, it is about all the emotions she experienced in a very particular phase of her life, where this break up felt like the apocalypse.

But instead of disregarding these feelings as teenage melodrama, she gave them recognition and that’s why it became a beloved masterpiece.

The thing that distinguishes her album from the many breakup albums that exist is the bluntness of her lyrics.

I’m happy her record label gave her creative liberty so early in her career because she was able to completely be herself without any PG restrictions. Not all her lyrics will become classics, but what I admire is that she wasn’t afraid of being seen as a dramatic teenager.

Everybody decided to hear her music because she put every thought that crossed her mind in there – including thoughts that many of us try to keep to ourselves.

The song I’m thinking about as I write this is the first track, ‘brutal.’

Like every teenager and new artist, Rodrigo is trying different things. As a result, most of the songs in her album feel like it has its own genre. You can go from sobbing with ‘traitor’ to screaming and swearing with “good 4 u.”

She embraced her messiness and concentrated it in her craft. With these constant turns in her music, she has proven to be a versatile artist and therefore a really interesting artist.

Another thing she has proven is her extensive knowledge of music. While I was listening to her album, I started a list of other artists whose sounds I remembered.

Taylor Swift made the list of course, but also other artists like Lorde, Gracie Abrams, Billie Eilish, Avril Lavigne, Paramore and even bands from the 2000s.

Swift was the biggest reference in this album. The two clear examples are in relation to the chorus of “déjà vu” to Swift’s ‘Cruel Summers’ and how Rodrigo incorporated the piano of Swift’s ‘New Year’s Day’ into “1 step forward, 3 steps back” and even gave credit to Swift and her producer Jack Antonoff.

But the biggest aspect of Swift’s music that you hear in Rodrigo’s work is the detail she put into her lyrics. That’s the reason that a) nothing sounds the same and b) she’s just not just honest, she’s brutally honest.

The second and third biggest references I heard were Lorde and ‘90s and 2000s punk. These two combine in the song “good 4 u.”

When the song starts, the first thing you hear are echoes – a Lorde signature – and you can’t deny that the song sounds like it’s from a 2000s movie soundtrack.

Something worth noticing is that when it comes to bridges, Rodrigo is the queen. The basic structure of a song is intro verse, chorus, verse, chorus, bridge, chorus and outro.

Rodrigo knows this by heart. The layering she adds before the bridges is just perfect, because most of her songs use instruments but she also uses electronic sounds in a natural way like glitter but without being so extra.

And the bridge is so unexpected. It’s the reason her songs are so catchy and why it is so easy to make tik toks out of them.

Although a lot of the inspiration for the album was a breakup, it never feels tedious because she represented that melodramatic place that we sometimes keep to ourselves and, something that I personally loved is that it is approximately 34 minutes long.

But if you want to listen to a different topic, you can also hear the beautiful song “hope ur ok.”

Olivia Rodrigo is on her way to becoming the next music icon for gen Z. I can’t wait to hear my grandchildren complain that they were born in the wrong generation.