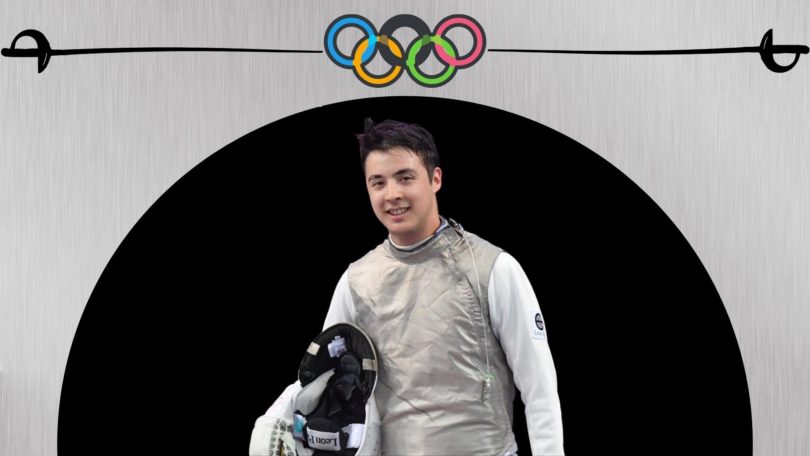 London, Ontario, CANADA – When Olympic fencer Alexander Massialas received a cascade of text notification from his friends about Stanford University discontinuing its varsity fencing program, he was abruptly caught off guard.

Despite the pandemic’s impact on Stanford’s economic circumstances, “none of the [fencing] cuts made any sense,” said Massialas, a two-time Olympian and Stanford alum.

With the Stanford fencing team having a “pretty sizable endowment,” two NCAA championships, and representation at the 2016 Rio Olympics, Massialas believed there was still hope the program could be reinstated.

Although each of the 11 sports teams was “scrambling to save themselves,” people were not taking a “holistic approach” and making strides for all the sports, according to Massialas.

Along with Nathalie Weiss, former coxswain on the men’s rowing team, Massialas gathered notable alumni from all 11 sports to “present a united front to the university.”

Despite there being a lot of cold emailing, phone calls, and tug-a-war with administration, they finally “started gaining momentum” after acquiring advocates from all 36 sports and extending the movement to all Stanford affiliates.

After capturing the attention of Stanford President Marc Tessier-Lavigne, the group got the decision overturned.

“You don’t stop until the game is over,” Massialas said, talking about the stubborn determination athletics taught him. “For us, the game was never over until the year was over.”

While Massialas concluded a long fight for Stanford student athletes, he has not commenced his own journey at the Tokyo Olympics. Although the pandemic postponed his original plans, “at the end of the day, the world’s health is a lot more important than the Olympics,” he said.

Though Massialas trained hard for a year to peak at the right time, his dad and coach Greg Massialas advised him to take a few months off. After spending time relaxing with family and friends, Massialas tried his best to adapt to the circumstances.

Despite the fencing club being closed, every weekend Massialas would lay mats in the club’s parking lot and set up elaborate machinery to allow members to train.

“Taking a step back from fencing for a couple months really reignited my love,” he said.

With a determined spirit, Massialas now has his heart set on “gold in Tokyo.” Although his two medals in Rio were “historic achievements,” Massialas felt it was short of his goal.

“My goal ever since I was a kid was to win a gold medal in the Olympic Games,” he said. Despite entering his first World Championships at only 14 years old with Team USA and initially toiling in the bottom rankings, Massialas said his team “has matured so much.”

“We’ve been consistently ranked …  the number one team in the world over the last four years since Rio. So for us to win the team event in Tokyo would be a culmination of all the hard work we’ve put in,” he said, expressing his hopes for gold in the men’s team foil.

Although Massialas plans on trying for the 2024 Paris Olympics, he said there’s various other factors he needs to consider outside of his fencing career.

“Since Rio, I’ve been full-time fencing,” he said. “I have a couple of things to think about, whether that means joining the professional workforce [of mechanical engineering] … or graduate school.”

From the chaos of competing, Massialas said his community helps him “stay grounded in the world.”

Through fencing, he has built an “worldwide community” of people who support him through thick and thin. With his parents living next door and his father being Team USA’s coach, Massialas said he is lucky to have such an amazing support group.

For Tokyo, his father advised him to “treat the Olympics, just like any other competition, but train for it like it’s the biggest competition in the world.”

Through the past year of pandemic havoc and advocacy for 36 sports at Stanford, Massialas said he has developed a deeper appreciation for other sports outside of fencing.

It feels incredible to be in the Olympic Training Center and see all the different athletes, Massialas said.

“Take advantage of this time, watch the Olympics, support our athletes, and watch sports you’ve never seen before, because I guarantee you’re gonna find them pretty exhilarating.”

Chuying Huo is a Senior Reporter with Youth Journalism International.