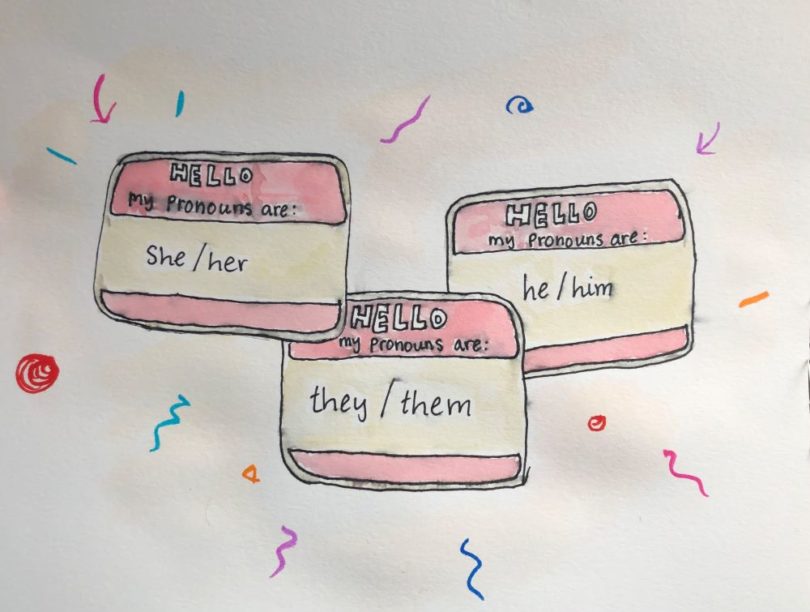 Brighton, ENGLAND – I never thought I could learn more about humanity while socially distancing and staying home.

Throughout 2020 and the coronavirus pandemic, I’ve become increasingly aware – alongside an online majority – of the importance of sharing your voice, empowering others and social inclusion via Instagram.

It’s a beautiful movement, and I’m proud to witness and partake of it.

Throughout the UK’s second lockdown, I’ve felt super unmotivated and dull, so I joined a poetry society group chat via Instagram for inspiration and to talk to people with shared interests.

A wave of triumph engulfed me as everybody began to list their preferred pronouns. I felt like I lived in an inclusive world, a world of acceptance that was historically unfamiliar. It made me feel as though if I were ever to transition genders or change sexualities, I would be empowered.

And even though a majority of the group answered with “she/her,” if there were a non-binary person in that group wanting to be known as “they/them,” I’d like to think the given opportunity to share, the lack of assumption and the display of acceptance, would have made it easier to communicate.

Sure, there are still corners of Instagram for bikini photos and diet fads, but they co-exist with activists and allies, stating your preferred pronouns, selfies with no makeup or edits, and petitions for change.

No one is scared to have a voice anymore because they know behind their voice lies an army. What has historically been viewed as social fact is now challenged by both the oppressed and the majority.

Additionally, the majority of ‘people’ have power over the influencers who must keep up to stay up: keep up with kindness, empowerment, respect and worldly good and an emerging devout dedication to our world.

I hope that the world will only continue to change, diversify and innovate with our generation.

This has especially interested me throughout my sociology course. I’ve been educating myself on the process of socialization; learning and internalizing culture throughout growing up. Primary socialization occurs most significantly from birth to about age 12, until social groups and school begin to override the influence of parents.

But historically throughout life, social views have tended to align with the ones parents inflicted onto you, which they absorbed from their culture. This meant people mostly gained their social knowledge from their parents and the culture within their society.

In 2020, this is contrasted with the growing social education teenagers get from their social media apps.

Instead of parents imposing their views onto their teenagers, teenagers are spreading their own, sometimes conflicting, opinions into their family lives.

This became especially prevalent throughout the 2020 U.S. presidential election campaign as children began to educate their parents on how they should use their power, encouraging them to vote and justifying their views with researched evidence.

I believe the bravery to do so comes from the knowledge individuals have that they have an online support system behind them, the growing online unity of our generation when the world and its circumstances attempted to isolate us.

Although this past year has been a difficult year full of depressing stories and facts, focusing on positive changes such as these give me hope for a revolutionary future, a future led by the social media generation.