KARACHI, Pakistan – A deadly measles outbreak is killing children in Pakistan.
The outgoing year 2012 proved a real annus horribilis for Pakistan with terrorism, collapse of law and order, target killings and the rise of violence and the energy crisis coinciding with an
economic meltdown.

And as Pakistan welcomed 2013, measles raged across parts of upper Sindh, a region in the south eastern part of the country, causing great concern.
The spokesperson from the Sindh Health Department confirmed more than 90 measles deaths in the province in the month of December alone.

The health spokesman in Sindh, who spoke with Youth Journalism International on condition his name not be used, further verified that the viral infection is wrecking mayhem in Jacobabad, Shikarpur, Khairpur, Kambar, Kashmore and Larkana districts of Sindh.
But he said media reports last week erroneously gave a far higher figure – and claimed more than 200 deaths in 2012 in Sindh alone – all attributed to the World Health Organization.
To combat the outbreak, a number of teams comprising doctors have been formed, which are busy working in the affected areas, carrying out vaccination campaigns.

“Death rates have significantly been reduced,” he said. 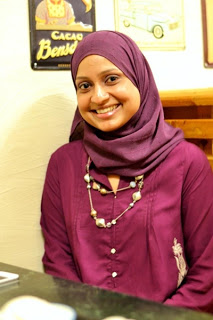 Dr. Kanwal Saeed, who is based in Karachi, said measles is a viral infection that spreads fast in unhygienic, congested living conditions, and can be prevented if proper vaccination is done.
Measles mostly affects children, and is transmitted via droplets from the nose, mouth or throat of infected persons. Initial symptoms which usually appear within days after the infection include high fever, bloodshot eyes, runny nose, and the most evident, tiny grayish-whitish spots on the face, chest and mouth. There is no specific treatment for measles, and nearly all people recover within a few weeks.
“There are less than 1 percent of children remaining at risk after being vaccinated,” Saeed said in an interview with Youth Journalism International. “This epidemic clearly shows a lapse in vaccination by the government, which should be taken care of – right away!”
While the government showed some commitment in 2012 to eradicate polio, other preventable diseases remained on the back burner. As a result, Pakistan saw not only an epidemic, but also recurrences of deadly diseases like measles and tuberculosis.

The Pakistani Taliban have waged an anti-polio propaganda campaign claiming vaccines are a Western plan to hurt Muslim youth, which has played a role in preventing people from getting their children vaccinated.
In addition, nine Pakistani health workers, most of the women who were going door to door vaccinating children against polio, were killed last month in targeted attacks. Seven other aid workers, including a doctor and several teachers, were murdered last week in another attack.
Moreover, an utter negligence towards health services in the province is also apparent as the measles outbreak has hit only those areas where floodwater was either drained out very late or is still standing.
Factors such as poverty, lack of hygiene and the cold weather have only added to the childrens’ vulnerability.
Saeed said a “lack of awareness” amongst people is the biggest reason for such a problem.
“It causes fear of the unknown and gives fuel to trivial rumors that can lead, especially the uneducated people, to refrain from any activity that is new to them or has not been practiced by their ancestors,” she said.
Reasons for this lack of education are perhaps debatable and many for Saeed, but the biggest is the lack of communication.
“Anything that makes a person feel comfortable is easier to believe. So, adopting ways to promote the importance of vaccination via methods that are not alien to natives can help in changing of wrong mindsets,” she added.
A collective action is needed to deal with this crisis, she said, involving immunization campaigns in all affected areas while the state proactively publicizes the reasons to vaccinate children.
Waleed Tariq is a Correspondent for Youth Journalism International.