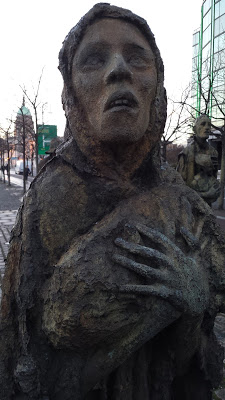 One of the haunting faces in the Famine Memorial in Dublin. (Kiernan Majerus-Collins/YJI)

DUBLIN, Ireland – Dublin sculptor Rowan Gillespie’s work ‘Famine’ is a bronze memorial on the Custom House Quay in Dublin’s Docklands. The sculpture was dedicated in 1997 to the many Irish people who emigrated from Ireland during the famine in the 19th century. The work includes many tragic life-sized figures.

The famine killed about one million people and another million left the country. The Perserverance, one of the first sailing ships to carry people out of the country, left on St. Patrick’s Day in 1846, not far from the site of the sculpture, according to information from the Docklands Authority. The ship’s more than 200 passengers arrived in New York two months later. 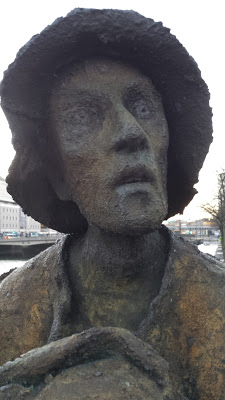 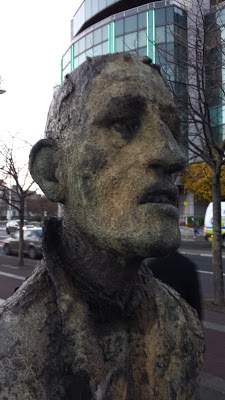 The modern buildings of today’s Dublin provide a stark background to the hallowed faces of those fleeing famine. (Kiernan Majerus-Collins/YJI) 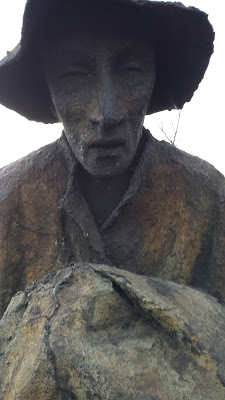 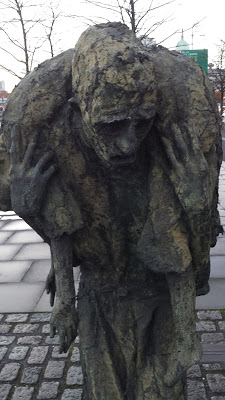 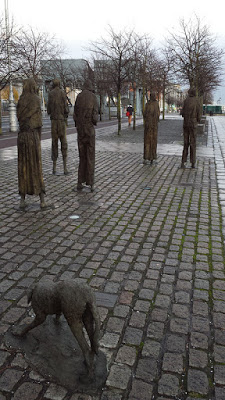 From behind, the figures appear to be slowly walking away. (Kiernan Majerus-Collins/YJI)