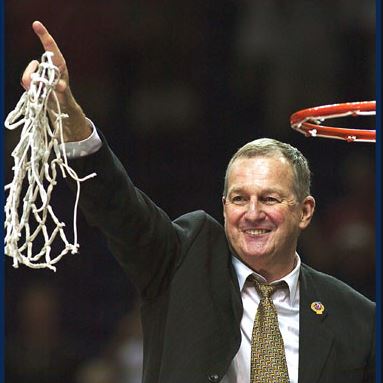 AVON, Connecticut, U.S.A. — Think back to March of 1999.
Try to remember something that happened in the state of Connecticut at this time that seemed out of the ordinary.
I’ll admit I can only recall one thing: the UConn men’s basketball team won the national championship. I bet even if you’re not a sports fan you remember the Huskies shocking the college basketball world by defeating the heavily favored Duke Blue Devils in Tampa, Florida.
That’s right — UConn was the underdog and they defeated all odds by not only going to their first Final Four but by actually winning the whole “kit ‘n caboodle.”
What was it, though, that made UConn into a championship team that year?
Many factors led to the Huskies’ National Championship run, but coaching was the main one that season.
Jim Calhoun made the 1999 team into a championship team. Calhoun didn’t just wake up one morning in the ‘98-‘99 season and say, “I’m going to make this team a national championship team.”
Calhoun started to create this team many years before — by recruiting and getting kids to play for UConn, getting the right coaching personnel, and by attracting fans.
Calhoun never got much credit for the championship.
Critics gave most of the credit to Richard Hamilton and Khalid El-Amin (a Minnesotan who was about to attend the University of Minnesota until Calhoun persuaded him to come to Storrs).
Along the way Calhoun, put the pieces of the puzzle together, and this was no ordinary puzzle. Calhoun carefully crafted his plan. He recruited two big men, Jake Voskuhl and Kevin Freeman, to lead his frontcourt along with Hamilton.
The coach searched long and hard before 1999 to come up with players that would fit into his program and who would complete the team he had in mind.
When Calhoun had his team set for the ‘98-‘99 season, he set out a game plan for the entire year. This plan said the Huskies would go as far as they could and they went all the way.
But success did not come easy for UConn.
Along the way to the national championship, the Huskies lost two games and came close to losing a few more, including a game that could have cost them their national title in the “Elite Eight” to a “Cinderella team,” the Gonzaga Bulldogs. The Huskies squeaked by with a 67-62 win andwent on to face Ohio State in the semifinals.
UConn beat the Buckeyes and advanced to the championship game where they made history by becoming the first team to win the NCAA championship in their first Final Four since Texas Western in 1966.
Evidentially Calhoun found the right pieces to his puzzle in the ‘98-‘99 season.
Calhoun seemed to be the only one who knew UConn would be there at the end, competing for a national championship.
Calhoun guided his team as if they were really a group of huskies attached to a sled. He let them go and then when they got too cocky and excited he pulled on the rope to hold them back.
When the championship game came around, Calhoun was ready — he’d been preparing for years for that moment. He let go of the rope and let his team explode.
After years of preparation, Calhoun could let his team show their stuff because they were in the national championship game. The end of the season would come for the Huskies after the game, no matter what happened.
UConn took advantage of the situation and claimed the title.
Now, at the start of the 2001-2002 season, UConn is already recognized as a good team.
Calhoun added two young stars to the roster, Emeka Okafor and Ben Gordon. The leader on the team is Caron Butler, a 6’7’’ forward out of Wisconsin whom the Huskies look to when they need a big score.
The future looks bright for Calhoun’s squad.
Not only does he have good freshmen and sophomore players on his team this year, but next year another batch of talented players are expected to come to Storrs.
It’s been almost three years since the Huskies won the national championship.
If you pay attention to what Calhoun is doing on the bench now and what he is doing during the off season in his recruiting, you can tell that he is building another puzzle.
He just has to find the right pieces for it.