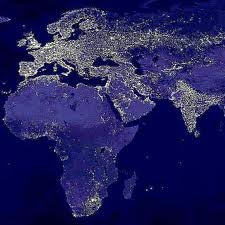 DUMFRIES, Scotland – Earth was plunged into darkness for an hour last night between 8:30 and 9:30 p.m., but this time it wasn’t a power cut or a problem with local electrical supplies – it was the annual ‘Earth Hour.’

Organized and run by the World Wildlife Fund, Earth Hour has been operating across the globe every year at the end of March since it began in Sydney, Australia in 2007.
This year, many more people across the world decided to switch their lights out for an hour.
You might think it’s a bit mad, but Earth Hour is organized so that lots of power can be saved across the world at one time, and you’re not supposed to use any technology which uses the main energy source for an hour.

In the long run, this will really help the Earth. It stops our constant dependence on electricity and most importantly, favors the world – given it’s in a ‘state of repair’ due to our use of fossil fuels such as coal, oil and gas.
So here’s the real question – does it really do much good? I think it does.
The saying “every little helps,” definitely applies here. Even if you switch out the lights, stop charging your phone when it’s actually full, or turn your computer off, it does the world that extra bit of good.
Who knows what we might be facing in the next five, 10 or 25 years? Our world is already in a state of bad keep due to the carbon emissions. Surely this is one of the ways forward.
Many companies – YouTube was one of them – decided to support Earth Hour. The popular online video sharing website changed part of its logo to a light bulb with the Earth inside it, and also turned every YouTube page black during the hour to show support.
Initiatives like Earth Hour are beneficial, and hopefully will have an impact.
What do you think about Earth Hour or similar events? Do you think they actually have any impact all? We’d be interested to hear your thoughts.
Robert Guthrie is a Reporter for Youth Journalism International.