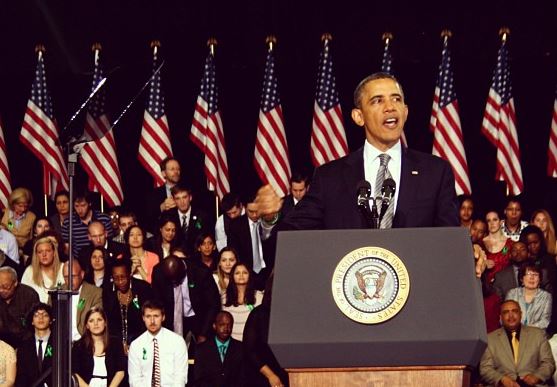 Perth, AUSTRALIA – Today, as I was listening to the radio on the way to my morning lecture, I heard of the latest plan to take the life of Barack Obama – in his final week of campaigning for the U.S. presidency.

You may ask why a 19-year-old Australian would care about the forerunner in this American election. Why should I care? Why should I take such an interest in the possible assassination of the presidential hopeful?

Why should I be concerned with who the next person is to claim possession of the White House?

Well, it’s simple, really. The history of the United States of America is the history of us all. Maybe not entirely, but each nation in this world is united – whether in alliance or defiance – to America’s history, actions, and beliefs.

Some people, many people, in fact, believe that the word “America” is synonymous with ruination of equality, democracy, and peace.

I do not believe this. The wars in Iraq and Afghanistan, the global financial crisis, even political corruption are not unequivocally the doing of America.

Each nation plays its part in the global theatre. Sometimes lines are forgotten and roles re-written and re-cast, but no nation is a slave to America’s seemingly lead role.

So let’s stop playing the blame game, shall we?

I may not be a citizen of America – I may never be – but I find that ignorance never constitutes bliss; it only attracts trouble and nuisance.

I would rather be educated in the history and politics of arguably the greatest nation in the world (personally I’d rank Australia way up there, too) than be ignorant of it.

Why would I wish to live in a world which I don’t understand?

That’s why I turned up the volume of my radio this morning.

So an assassination plot, huh?

As I understand the situation, two individuals in Tennessee, white supremacists I believe, had planned not only to kill a man who is making political history, but also had planned to rampage a mostly African-American school and kill as many people as they could find.

Does this boil down to an issue of race?

Of course it does. I would love to have faith that I live in a world that does not have such a significant and unyielding divide between those of differing races. I would like to feel as though the entire world believes in equality in the truest essence of the word.

But as I’ve already said, I’m not that ignorant.

Unfortunately I doubt that the color of one’s skin will ever entirely cease to be cause for division. Black or white, light or dark, Aboriginal or Caucasian – for every person who sees beyond color, sees mankind as equal, there are others who will never see anything but distinct color.

America’s Election Day, Nov. 4, 2008, will be a defining day in world history regardless of the outcome.

It is true that civilization has taken a magnificent leap in recognizing an African-American’s right to stand and run for the presidency. It will be an even greater leap if Obama is elected, and I hope that he is.

I want the people of this world to look upon a leader as an individual fit to be a leader, no matter his skin color.

When it comes down to the ability to guide a nation through rough times and face some of the world’s most inescapable problems, all that matters is that the suitable individual is in office and doing a respectable job of it.

I hope Barack Obama will be written into the history books as that individual. I have faith in his abilities, his upbringing, and his beliefs.

I hope in time that supremacy of race will fade into the history books just as Shakespeare’s Don John, Lago, and all other villains of great plays.

Rebecca Baylis is a Junior Reporter in Australia for Youth Journalism International.