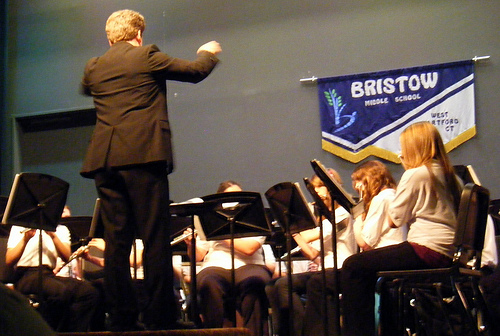 West Hartford, CT, U.S.A. – When Bristow, a former slave in Colonial America, finished signing his will that deeded his property to his former owners, he probably never imagined that nearly 200 years later, a middle school band would perform music in his name.
But that’s exactly what happened.
Composer David Macbride honors Bristow in a new work, “Bristow: A Life,” which the Bristow Middle School’s seventh and eighth grade band premiered last May. 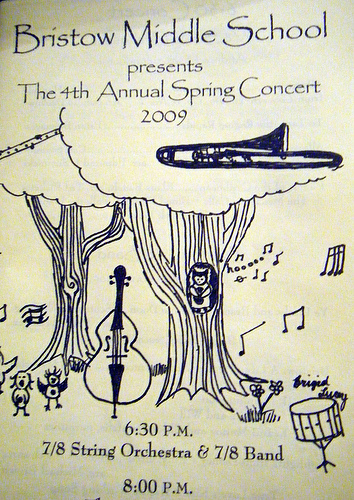 Bristow’s inspiring story of rising from slavery to being a landowner and a free man was the reason the new middle school in my town, Bristow Middle School, was named for him.
Bristow: A Life, was written for the school’s seventh and eighth grade band to play in the spring concert of my eighth grade year.
It’s an unusual piece. It has narration and is written in a contemporary style. It’s nothing like the marches, pop tunes or classical work that my band typically played.
Macbride’s composition begins with “Middle Passage,” which tells the story of Bristow’s horrific journey from Africa to America. There’s a haunting melody and the sound of chains and other unusual percussion.
The second part, “Manumission,” begins with the narration of the legal papers that secured Bristow’s freedom. Listeners hear the sound of clinking coins.
The final section is peaceful. Called “Life and Will,” Macbride notes in the music that it should be played “slowly floating, never rushed.” The composition ends with a ringing chime, which is allowed to fade into the distance.
Performing the world premiere of “Bristow: A Life” was an honor and an extraordinary opportunity for the band, but we had some trouble learning it because of its unusual meter and harmonics.
Our director, Clifford Schofer, rehearsed “Bristow: A Life” one measure at a time.
It was excruciating, and not until the final after school rehearsal did I really think much of the piece.
But upon hearing it that day, I knew what Macbride had intended for it to sound like, and I really enjoyed playing and listening to it.
Macbride, a distinguished composition professor at the Hartt School at the University of Hartford, was at the rehearsal, listening and giving suggestions for how to make it closer to the piece he had written. 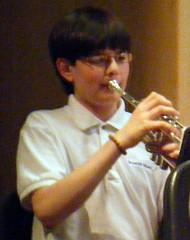 I was very nervous at that rehearsal because the piece starts with a trumpet solo, and as the principal trumpet player at Bristow, it was my job to play it, and another solo at the end.
I knew the solo backwards and forwards, and even if I hit the wrong partial, almost no audience member – except Macbride – would have known. However, I wanted it to sound right, and that night I was especially worried.
But it went perfectly. Our band played it the best we ever had, and for the first time in my memory, a West Hartford middle school band received a standing ovation. After the concert, the band listened to a recording of the piece, which turned out to be the overriding favorite.
This was ironic because most kids – even Macbride’s daughter, Alma, a terrific flute and clarinet player in the band – really didn’t “like” the piece.
Schofer of course, said they just didn’t “understand” it.
It is difficult music to understand, but once you do, it is a meaningful and thought-provoking piece. It was exciting to be part of it.