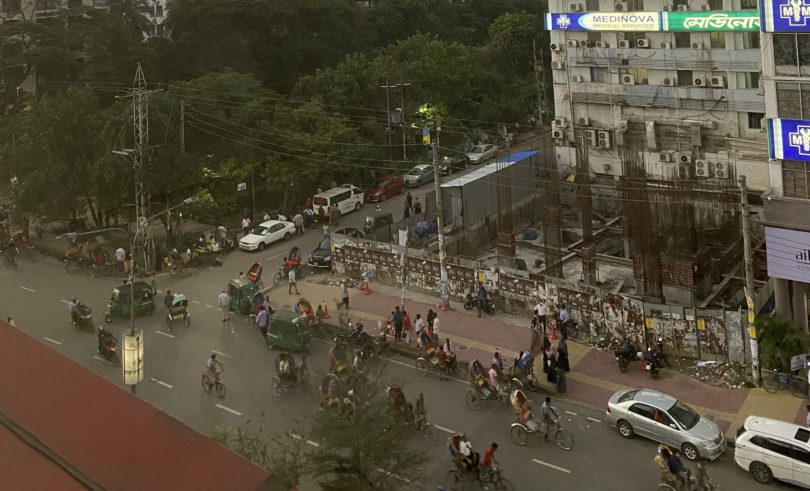 DHAKA, Bangladesh — Memories of the August 14, 1947 partition of India and Pakistan “nearly disappeared into the abyss of time,” said the founder of an online archive dedicated to preserving oral histories of the time so that “history will not be forgotten.”

The founder of the 1947 Partition Archive, Guneeta Singh Bhalla, said collecting the stories of survivors and witnesses – more than 10,000 since 2010 – helps ensure the event won’t be forgotten.

Take, for instance, the story of 14-year-old Ashgar Ali, who lived in Tehsil Nakodar, East Punjab when forced to flee 75 years ago with family members who took only clothing and food.

By his account in the archives, they stayed for two nights on the banks of River Ravi after migrating on foot, then communal violence broke out.

The next morning, while crossing the river, gunshots rang out and eight members of the group, including Ali’s father and uncles, were killed.

The survivors took refuge for four days in a nearby village with Sikh friends who gave them horses to cross the river and rescue some abducted women.

Before the midnight partition of the country, which triggered one of the largest migrations in history, Ali described a home where Hindus, Muslim and Sikhs used to live in peace. His mostly Muslim village was famous for having a large number of butchers, where some Hindus would come and sometimes eat beef.

Sikhs and Muslims would generally celebrate functions together, Ali said, and Sikh and Hindus were invited to marriage ceremonies.

People helped one another during tough times,” he said.

But the partition, with its violence and forced migrations, changed everything.

According to an article by Sarah Ansari, a history professor at Royal Holloway University of London, the death toll from the partition is estimated at somewhere between 200,000 and two million people. Some 15 million people were displaced.

Despite the scale of the event, which occurred shortly before the colonial British left India, the partition was poorly documented and largely ignored even though its impact still haunts generations of families.

Trying to preserve the stories of what happened, Bhalla led an ongoing effort to interview those who remember and preserve the legacy of that time.

Bhalla said the initiative has been “really rewarding, but really really hard. This work is really challenging and also funding is needed but very hard to find and almost nonexistent.”

The many volunteers who have worked on it, she said, “have sacrificed a lot of ourselves to make this happen. It really is a labor of love and if we weren’t so passionate and connected to this topic, I don’t think we would’ve put in the immense amount of personal time and resources into this.”

“But it is so rewarding to know that because of our time and effort and not giving up during the hardest of challenges, we’ve been able to bring out this history” that might otherwise have vanished, she said.

On the 1947 Partition Archive, there is a landing page with an interactive map that, on close examination, holds together a lost piece of history, with options to read 10,000 stories based on where the people interviewed once lived and their current location.

Families of survivors can reconnect with their lost roots through the many preserved oral histories.

Bhalla said that funding the archive was a big challenge in its early years because “people just thought it was such a crazy idea and they often thought it was pointless.They didn’t understand why we would want to document the past.”

“It’s not like we are the Jewish community of Israel who have a lot of value for history and have documented it so well — their projects are so well-funded” she said, “In our case, we were going into poverty doing this work.”

But Bhalla said the work has proven its value.

“I think popularizing the partition from a dead memory in the public realm has been one of our greatest achievements to date, in addition to creating an archive that is the largest oral history archive from South Asia,” she said.

In addition, Bhalla said, the archive has trained thousands of people to document oral histories, helping to propel the idea in South Asia.

“We started posting images of people documenting oral histories in all kinds of spaces including villages and cities and sort of glamorizing that concept on social media,” she said, and as some images went viral, they helped spur more people to join in.

One of its latest efforts now is an online community, called “Reconnect 1947 – find friends, family, places” in a bid to help reconnect survivors to their families and homes before it is too late.