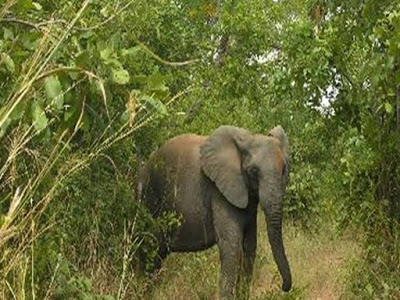 VWAZA MARSH GAME RESERVE, Malawi – The Vwaza Marsh Game Reserve is a habitat for many wild animals in the northwest part of Malawi, along the border with Zambia.
The reserve covers an area almost 1,000 square kilometers, or about 400 square miles. It contains open plains and woodlands.
The game reserve also attracts a lot of birds due to its marshy wetlands.

The life of an elephant is strictly monitored in most of the Malawi’s wildlife game reserves and national parks.
Security is tight to protect from poachers who kill other animals for food or elephants in order to rob them of their ivory and
sell it illegally at international markets.
Poaching is condemned and a crime in Malawi. It is illegal to hunt animals in the game reserve or the national parks.
Because game reserves are some of places that attract tourists to Malawi, they are a source of income and economic development in the country.
An individual can be sentenced to prison for poaching, which is an offense against Malawi’s constitution.
The Malawi reserve is the same southeastern part of the African continent as Zimbabwe, where hunters reportedly lured “Cecil,” a popular mature male lion, out of protected area and killed him early this month.
David Joseph Kapito is a Junior Reporter for Youth Journalism International.
***
Your tax-deductible contribution can help support
David Joseph Kapito and other students at this nonprofit at:
www.HelpYJI.org