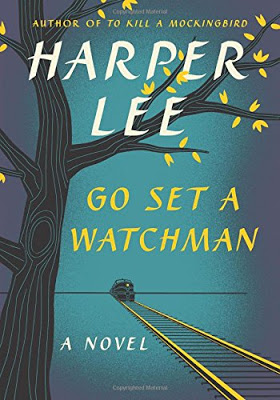 The highly anticipated novel Go Set A Watchman provides a new perspective on racism in the South, especially from the former Father-of-the-Year Atticus Finch, who went against his town to defend a black man in court in To Kill a Mockingbird.
Millions pre-ordered the novel.  Thousands lined up at bookstores across the country.  Bookstore workers opened early and worked late hours.
College student John Kolszyk said he “loved To Kill a Mockingbird in high school” and wanted to see if his questions would be answered in the sequel.
Despite his enthusiasm, Kolszyk had reservations about the newly published work because of the controversy surrounding how the beloved Atticus Finch is portrayed.
Go Set a Watchman is written in third person but follows Scout, who now goes by Jean Louise, as a 26-year-old woman returning to her hometown of Maycomb, Alabama from New York City.
Readers are dying to know how the ruggedy tomboy grows up to be an even more intelligent woman.
Alexandra Ramirez, a single mother who admitted she does not have much time for reading, said she will definitely make some time to read Lee’s newest .
She’s intrigued, Ramirez said, about “the backstory and how Harper Lee wrote this book even before” her masterpiece.
Some readers are already weary of many aspects of the novel, primarily Atticus Finch’s racism. Go Set a Watchman shows Finch as a Klan meeting attendee and a prototype of a stereotypical Southern white man in the 1950s with corresponding views on desegregation.
Fans of To Kill a Mockingbird had long admired Atticus’ ability to admit that a black man, falsely accused in a rape, was innocent. He was a role model for Scout and Jem and showed parenting skills like no other.
However, in a New York Times story on the controversy, writer Alexandra Alter described the unpredictable characterization a “plot twist” that “will probably alter readers’ views of
‘Mockingbird.’”
With such hype and risky changes from the cherished To Kill a Mockingbird, certainly Lee’s Go Set a Watchman was predestined to face criticism.
But as successful sales for Go Set a Watchman sweep the country, this book will surely make an impact on many curious readers.
Anna Waldzinska is a Junior Reporter for Youth Journalism International
***
Your tax-deductible contribution can help support Anna Waldzinska
and other students at this nonprofit at
www.HelpYJI.org