By Noah Kidron-Style
Reporter
Youth Journalism International
LONDON, England – It has been over five years since the Red Hot Chili Peppers released Stadium Arcadium, their first album to reach number one here and in the United States.

In the meantime guitarist John Frusciante left the band for the second time to be replaced by Josh Klighoffer, who had collaborated with the band on the Stadium Arcadium tour.

Now at long last they have returned with the somewhat confusingly named I’m With You. 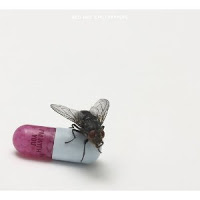 Chili Peppers fans could be forgiven for early optimism that it might be worth the wait as the distorted guitar and vocals of opening song, Monachy of Roses, hints that the album could be a return to their breakthrough 1991 work Blood Sugar Sex Magic.

Unfortunately this is not the case.

As the guitar fades away, Flea’s funk-rock baselines, for which the band is well known, become overwhelming and confusingly the track harks back more to 1980s disco music than punk rock.

Much of the album carries on in the same fashion. Without Frusciante, they are left with bland songs like Factory of Faith and failed attempts at recreating past glories such as such as the fifth track, Annie Wants A Baby, which cannot help but remind you of 2002 album By the Way.

That would be fine if that didn’t make me want to turn off I’m With You and play By the Way instead.

It must be pointed out that the Chili Peppers’ slide towards mainstream pop started before Frusciante’s departure with Stadium Arcadium, a fantastic album but undoubtedly a far cry from its rabblerousing days of old when the California super-band was known for sex, drugs and the now infamous sock incident.

However, it still maintained the guitar-bass harmonies that made Californication go five times platinum in the United States and launched it to mega stardom.

I must also admit that much of my vitriol is fuelled by expectation. Only the Foo Fighters’ Wasting Light has been quite so hyped this year and after five years of production I expected something altogether more substantial.

There are interesting songs on the album.

Brendan’s Death Song is a prehumous eulogy that benefits from Klighoffer’s more stripped down sound.

Likewise, I enjoyed Even You Brutus?, a mesh of Keidis’ typical rapping style and sexual lyrics with an intricate pop-rock backing track. The song is arranged like a contemporary hip hop track and proves that the Chili Peppers still have the ability to be inventive even if the band has chosen not to use that ability for much of this album.

I’m With You is not a poor album, though.

For anyone else the mix of average rock songs with a couple of excellent and inventive tracks would look like a stepping stone to greater things.

But for the Red Hot Chili Peppers it looks like the beginning of the end and no one’s more disappointed than me. 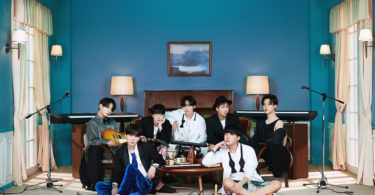