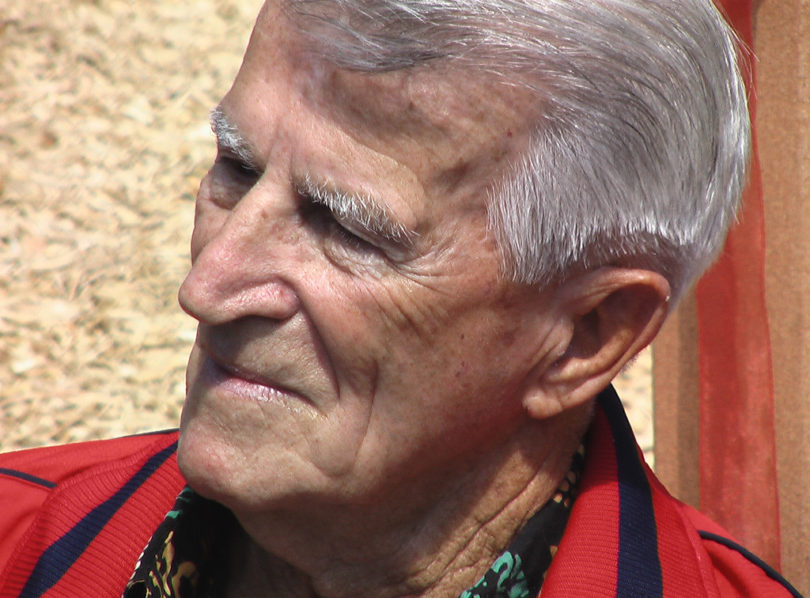 BOSTON, Mass., U.S.A. – “Ladies and gentlemen, boys and girls welcome to Fenway Park,” boomed the loudspeaker.
It’s September 28th, and I’m at the historic ballpark on the last day of the regular season for the Boston Red Sox.
They’re playing the New York Yankees, but the game doesn’t mean much — the Red Sox have the playoffs in their grasp and the Yankees are out.
However, one thing does matter- the retirement of #6, the number worn by Johnny Pesky for many years. After today, no Red Sox player will don 6 again.
This has only been done a half-dozen other times in the 107-year history of Boston baseball. 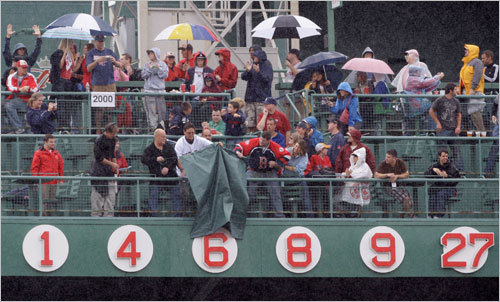 The 89-year-old baseball icon has worked for the Red Sox for more than half a century. He came up in 1942 as a shortstop and has been a New England favorite ever since.
On this special day, he was congratulated by baseball’s commisioner, legendary manager Joe Torre, all-star shortstop Nomar Garciaparra, and Red Sox pitcher Curt Schilling as well as all of the fans present who gave him a big ovation. 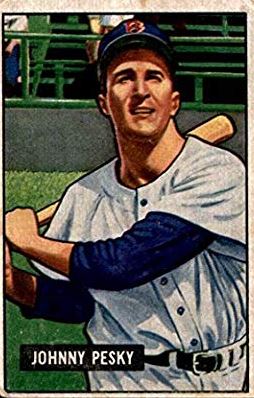 Johnny Pesky on a 1951 baseball card.

A movie played on the screen in center field that told the story of Pesky’s life.
Then #6 began to speak.
As he started to talk, it started to drizzle. With it raining harder and harder every moment, the tarp had to be rolled onto the field and Pesky had to move.
He was inaudible to me, but I was out in the outer regions of the outer regions, so I’m sure he was heard by most.
However, years earlier I met Pesky and we talked baseball. That’s one reason why I was so happy to see him finally get some credit.
The ceremony was then interrupted by and hour-long rain delay.
When the skies finally cleared, Pesky threw out the first pitch.
Well, he didn’t really throw it. He hit a ground ball from the mound to slugger David Ortiz, who was waiting behind the plate to catch the ball.
After that, Carlton Fisk, a great catcher for the Red Sox, unveiled an honorary six hanging in right field hidden behind a green cloth.
The ceremony was complete. 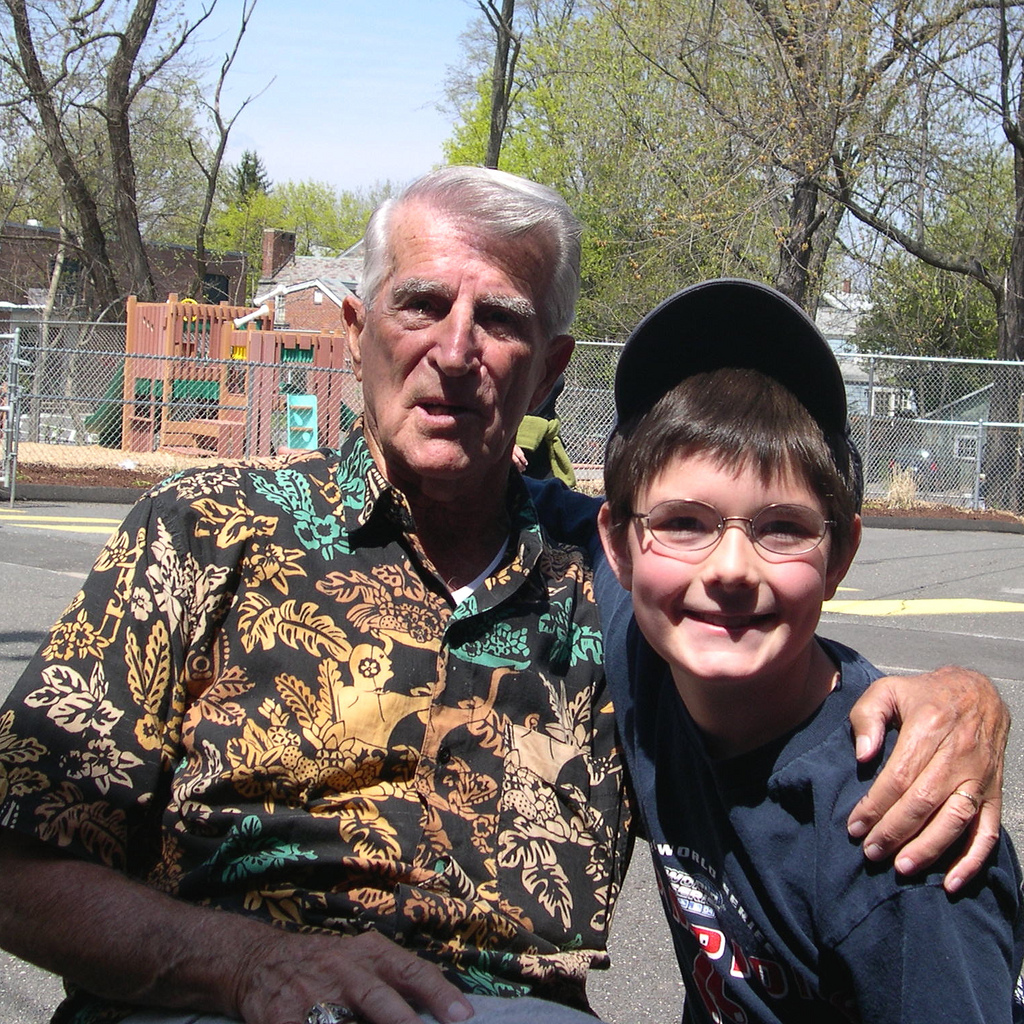 Kiernan Majerus-Collins with Johnny Pesky in Bristol, Connecticut in 2006 (YJI)