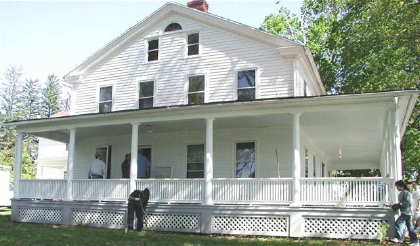 BRISTOL, Connecticut, U.S.A. — An old house on Chippens Hill is being renovated into a homeless shelter for teens.
A coalition of church officials and social workers are working to create the Good Shepherd House on a former summertime estate on Hill Street.
Tom O’Keefe, president of Bristol Housing For Children at Risk, said there is always an average of 15 to 35 teens in Bristol that are either homeless or at the risk of being homeless.
O’Keefe’s task force is trying to decrease that number by providing up to six homeless teens with a safe, temporary place to stay.
The shelter will serve teens “who through no fault of their own have found themselves homeless,” said the Rev. Mark Hansen, a leader of the coalition. “Providing a safe home for teens is the mission of the church.” 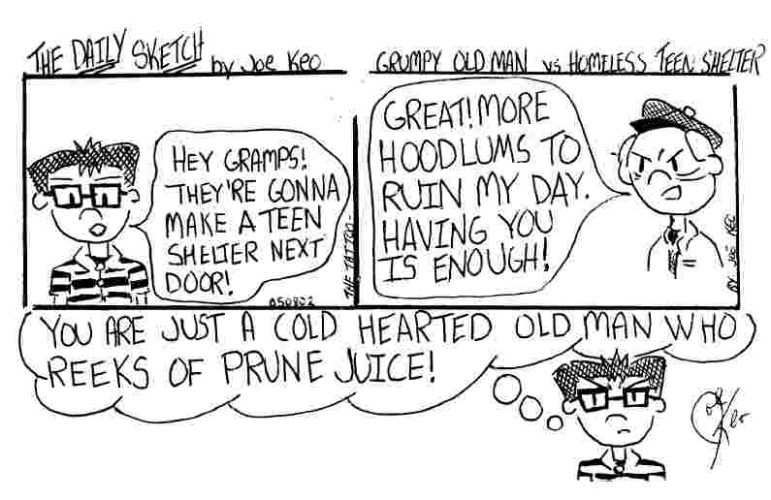 The shelter site — the late Katharine Shepard’s charming 12-room colonial house at 733 Hill St. — needs about $200,000 of renovations before it can open as a shelter, according Hansen.
Shepard donated the 23-acre property, including two houses and two barns, to the Episcopal Diocese of Connecticut when she died in 1989.
The Good Shepherd House will have six boys and girls ages 14 to 18 living together at any one time, with staff members from the Wheeler Clinic who will provide constant supervision and intensive counseling, according to Hansen.
The teens in need of the house will be found through schools or word of mouth, said Hansen. If they want to stay at the Good Shepherd House, the youths will be interviewed by Wheeler Clinic staff members to see if they are eligible.
Teens can stay 45 days, but Hansen said some may be allowed more time. He said the home will be flexible and no one will ever be put out on the street.
While at the house, Wheeler Clinic counselors will help them get their life in perspective.
First, said Hansen, counselors will try to reconcile the teen’s relationship with their parents if possible. As an alternative, they may find a home with relatives or in a group home.
The counseling starts “from day one when the person moves in here,” said Hansen.
“We try to take things one step at a time,” said Hansen.
According to Hansen, everyone that lives there will “really get a lot of attention.”
In addition to intensive counseling, teens who live at the home will have their own bedroom, and a van for transportation outside of school, Hansen said.
He said teens will be allowed to have friends at the shelter on a limited basis.
“We don’t want this to seem like a prison,” Hansen said.
Hansen said teens who have a history of drug or alcohol use or violence won’t be allowed in the program, but he said kids who drop out of school will not necessarily be excluded.
Because of the emotional trauma of homelessness and the problems it brings, kids in the program will need counseling, said Hansen.
Hansen said the pyschological problems brought on by homelessness allows the shelter to classify the teens as emotionally disabled and gives the project protection under state law.

Sam Yosafi, Jen Plonski and Danielle Letourneau are Reporters for Youth Journalism International. See this link for a story about teens working to clean up the property.