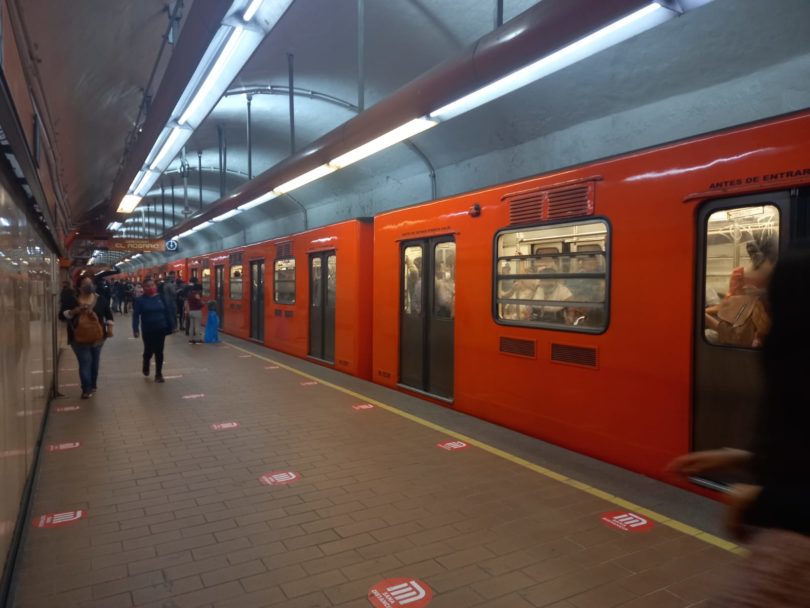 MEXICO CITY – It is said that the train platform collapse was the greatest misfortune here since the earthquake of 2017. Funny enough that very same earthquake was a factor in this tragedy and a million other things.

On May 3 at 10 p.m., the beam that was holding the line 12 of the subway between the Olivios and Tezonco station collapsed, taking the lives of 26 people and injuring 78 others who were either inside the train or driving under it.

Since its beginning. this line had a rocky start. Inaugurated in October 2012, it ran for a year and a half until in 2014, when authorities closed 11 stations due to multiple failures in the construction.

At the time, Jorge Gaviño, who was then the director of the Collective Transport System, told the Mexican newspaper El Financiero the line “was born with endemic problems.”

Even with failures in the system, constant interruptions and the lack of maintenance, this line kept going at full capacity.

In September of 2017, Mexico City was hit by one of the strongest earthquakes in its history. A big part of Mexico City went down: schools, buildings, community centers. In addition, a major part of its infrastructure got seriously damaged, including railway platforms.

At that moment the priority was to save as many people as possible, but it has been almost four years since then and it is unbelievable that those infrastructure damages never were taken care of.

In a five-minute search on Google, I found that the people who live near the now collapsed line, were concerned about it since 2017 and already complained that the line could go down any second.

What kind of response did they get to these complaints? They were told that the problems wouldn’t get fixed in a lifetime.

This line didn’t take a lifetime to fall, it just took three and a half years.

This was definitely not an accident. With a constant neglect for the maintenance, that loose beam was a time bomb. Apparently since 2017, nobody cared enough to look at what became this huge disaster.

And the collapse came at possibly the worst time for the government. Two minutes after the event everybody knew what was happening.

And, as I said, it didn’t take five minutes to find out what had been the cause of the collapse.

As soon as I woke up the next morning after the collapse, most of my classmates and close friends had in their Instagram story images and phrases speaking out of what really happened.

My favorite was, “No fue un accidente, fue negligencia.” which translates to “It wasn’t an accident, it was negligence.”

Negligence is lack of care, which leads to the breach of an obligation.

I said it came at possibly the worst time for the government because on June 6th is the date of the elections for the Chamber of Deputies, Mexico’s lower house in the legislative branch.

And the efforts of the Morena party, the party of President Andrés Manuel López, in the two and a half years of his term, have have gone toward trying to sell the presidential plane, to reform the Law of the Electrical Industry and toward building an oil refinery.

What the party has not done is support either the feminist movement or the Green Agenda or ensured that medicine reached public hospitals.

Now that more people from Gen “Z” are getting old enough to vote – and with the information and the power to distribute it easily with a single click – I hope that all these tragedies that are happening are exposed so they will never happen again.