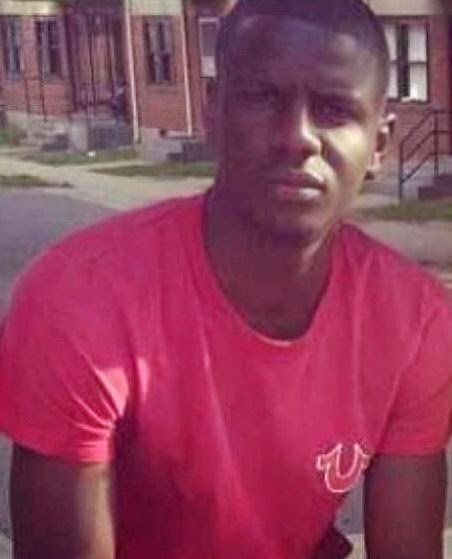 The list of black Americans killed at the hands of white policemen runs deep like a river through the country’s consciousness.
The above list only shows those blacks who died in such brutal ways that national media saw fit to give their deaths coverage.
But the list is much, much longer, and cuts through the nation’s heart like a knife. For many, the blade remains sharp. But only some have used it.

Police arrested Freddie Gray in Baltimore last week for owning a switchblade, which is illegal by city law. The officer who arrested him reported that he did so without fanfare.

But Gray died that day after flopping and slamming inside a police van so hard he fractured his spine. According to a statement from the Gray family’s attorney to The Baltimore Sun, his spine was “80 percent severed” at the neck.
Now, Baltimore’s cup is running over with hatred, anger, and blood, after a name has, once again, become nothing but a number.
Riots erupted Saturday outside of Camden Yards, the baseball stadium for the Baltimore Orioles from the ashes of a peaceful protest by citizens who wanted justice for Gray’s death.
But the lava still flows: Tonight, riots intensified after Gray’s funeral to the point that Maryland Governor Larry Hogan declared a state of emergency for the city and called in the National Guard to quell the protests.
The shadow of Little Rock, Arkansas looms.
The riots are entirely understandable. It is completely normal, as Victor Frankl wrote, to act abnormally in an abnormal situation. But these kinds of deaths are becoming all too normal in America. A black man was killed by a white policeman after committing a crime smaller than sidewalk chalk.
Unrest spread from the city to the nation; the policeman was, perhaps, lightly disciplined by his department, but still carried the belief that his actions did not condone police brutality.
These deaths, these murders, have become so commonplace that one’s eyes merely glaze over the newspaper headlines, instead of taking the words to heart.
The last thing the nation needs is for these stories of police brutality to inspire such action in us that we do absolutely nothing to stop them.
But riots will only keep our wounds from healing.
And ending the riots will not be a sign that the blade has dulled. It will have grown sharper. The only way to take concrete action towards achieving the rioters’ goal of securing justice for these deaths, is with nonviolent protest, civil disobedience, and the like.

These deaths are not to be avenged. Instead, let us channel our collective anger into a rod, and clear the sea of white men so burdened by their prejudice that they take peace away from those who only want to keep it.
Pass laws to ensure that policemen do nothing in excess of their duty. Teach everyone to love, even in times of anger, for love is unconditional, and the last thing America needs is for our collective back to break from hatred.
A red sea of names: Trayvon. Michael. Tamir. Eric. Walter. Freddie. And soon – God, please not so soon – at least one more.
Eli Winter is a Senior Reporter for Youth Journalism International.
***
Your tax-deductible contribution can help support this nonprofit at
www.HelpYJI.org