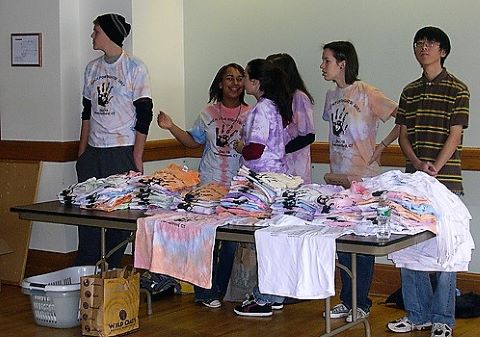 Students at the Rock for Rights! t-shirt table. (Kiernan Majerus-Collins)

WEST HARTFORD, Conn. – From the West Hartford Town Hall comes the music of the future.
Rock for Rights! is a concert featuring local bands and aiming to raise awareness about human rights issues through a number of booths, including a homeless shelter in Hartford called My Sister’s Place and a group doing surveys on teen pregnancy.
The bands, which are mostly from West Hartford, are primarily run by kids in high school. But not all of them are rock bands, despite playing at Rock for Rights.
“We play all kinds of music, rock, Latin, [and] jazz,” said Adam Holtzberg, a Hall High freshman. Holtzberg plays drums for the 5th Avenue Jazz Combo.
Matt Kampe, the lead tenor sax player for 5th Avenue Jazz Combo, said he loves to playing with the band. He said he’s known the guys in the band “forever.”
One of the band’s favorite songs to play is “Chameleon.”
Now with great music you have to have some sort of politics.
State Sen. Jonathan Harris was here not only to listen to some great music, but to give some inspiring messages about this event.
“Individuals are learning to talk about important issues in this state and in this world. It’s our world and we have the power to change it,” Harris said. 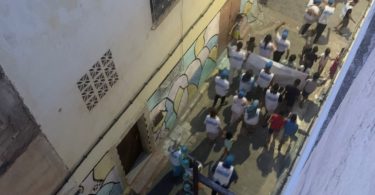 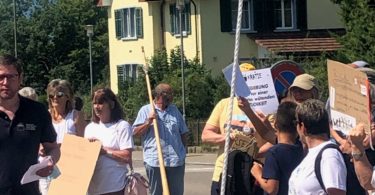