NEW YORK CITY – New rock and roll bands will soon have a place on the internet dedicated to introducing their work, thanks to Little Steven’s Underground Garage website.

Within a few weeks, Van Zandt said, the website will start a community forum that will allow users to post video and audio.

It’ll be a way for unsigned bands to present their work to an audience that otherwise wouldn’t see them, according to Van Zandt, who intends to keep an eye on the new talent. 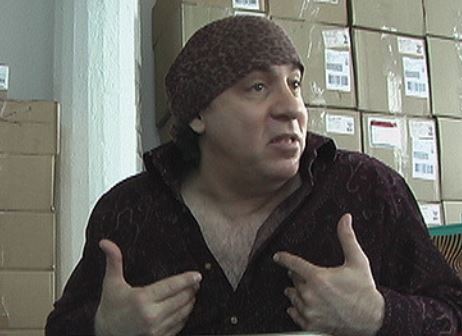 If he sees something he likes, Van Zandt said, he’ll give the band a call.

The radio program developed after Van Zandt realized he wasn’t hearing what he considered rock and roll on the radio anymore.

Van Zandt said he found himself constantly changing stations to hear something good, whether it was the older rock and roll he loved or the new music he was beginning to discover.

“I was a button pusher,” Van Zandt said. “I thought, wouldn’t it be nice to have all those cool songs in one place, regardless of the era?”

Van Zandt said he started noticing a lot of new bands that sounded like traditional rock and roll, similar to early recordings by The Rolling Stones.

While listening to the new sounds, Van Zandt said, he thought they could signal “a whole rebirth of rock and roll.”

Van Zandt, who said he conceived his program as a teenage radio show, has an audience as diverse as the spectrum of music he plays.

Van Zandt said he writes a 25-page script for the program each week.

“We’re probably the only radio show ever where a father and a son or a daughter can listen to the same show. They may not listen in the same room at the same time,” he said, laughing, “but it’s actually the first time that both generations can enjoy it. That’s nice.”

There’s no other show on the air like his, Van Zandt said, and part of what makes his show unique is the airplay he gives to new bands on small, independent labels.

“We are the light in the darkness,” said Van Zandt. “We’re the only rock and roll show on mainstream radio.”

For Van Zandt, it was the British Invasion of the 1960s that brought him into the rock and roll fold.

English bands like The Beatles, The Who, The Rolling Stones, The Kinks and The Yardbirds taught Van Zandt about the roots of American rock and roll, he said.

Those bands introduced him to Bo Diddley and other American rock and roll greats, he said, and spurred him to learn more.

They also inspired him to pick up a guitar.

“I didn’t want to do it until I saw a band,” said Van Zandt, who is a founding member of Bruce Springsteen’s E Street Band. “Real rock and roll is about bands.”

For Van Zandt, music reached its highest evolution in the 1960s.

“I clock the rock and roll era from Bob Dylan’s Like a Rolling Stone to the death of Kurt Cobain,” said Van Zandt.

He said, though, that he believes the tide is turning again, with new bands showing the promise of reaching that 1960’s pinnacle again.

Van Zandt is doing what he can to make it happen.

“When you’re the deejay and you got your own show, you get to play God,” Van Zandt said with a laugh.

Van Zandt said he’s seen a large surge in “girl groups” over the past few years and said there are an increasing number of young women in garage rock bands today.

For Van Zandt, creating a radio show and blending all the generations of rock and roll comes naturally.