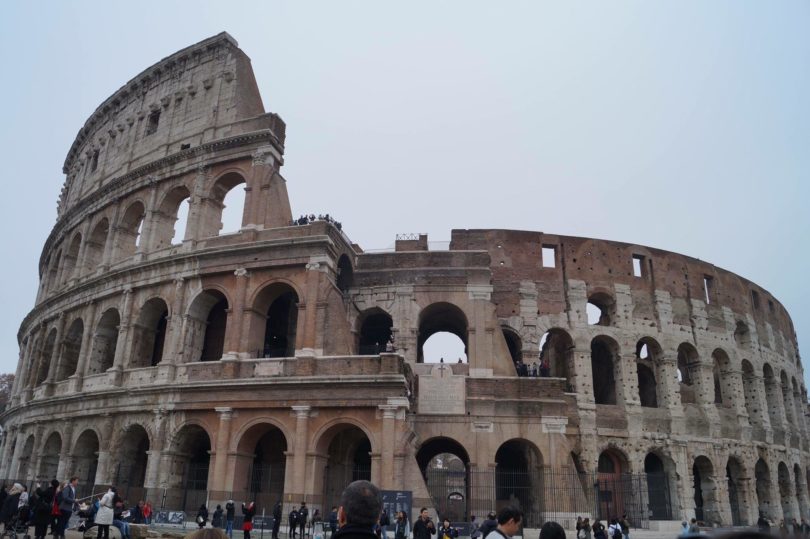 The Colosseum in Rome. (Beth Criado-Band/YJI)

ROME – It’s an incredible place. No matter where you are, you’re surrounded by pizza-parlors and historical buildings – a winning combination for most people.

Unfortunately, as I learned when I visited Italy, the country itself is rife with historical attitudes, most notably sexism and racism. Obviously, as a white woman, I didn’t experience any racism while travelling through the city, but there were a lot of far-right political posters and Nazi graffiti across the buildings of the city. 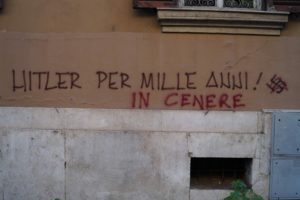 Grafitti in Rome says, “Hitler for 1,000 years” while the addition in red says “in ashes.” (Beth Criado-Band/YJI)

This isn’t unique to Rome, or even Italy. I’ve also seen this in Madrid, Spain.

But the sexism I encountered was a lot worse than I have ever experienced in any other European country.

Despite travelling with a tall, male companion, men constantly ogled me. It didn’t matter whether I was in a crop top or T-shirt – men of all ages stared at me and my chest all throughout the city, making what I imagined were lewd comments in Italian as I passed.

As frequent as the buses are in Rome, they’re often jam-packed and horrible. Because of this – and not knowing how the ticket system worked – we rarely rode the buses into the city, as the metro usually was faster and more comfortable.

Unfortunately, some nights the buses were the quickest way for us to travel from the center to our apartment in Pigneto. On one of these journeys, an older man assaulted me, grabbing my behind as he traveled with his wife.

As I mentioned earlier, these buses are often packed, so could do nothing but accept what was happening for the 30-minute journey. I’ve heard people describe the way Italian men speak to women as flirtatious, and not predatory. That’s nonsense. They’re pretty; just don’t talk to them.

Despite the number of Neanderthalic men harassing me in Rome, our overall experience in the city was wonderful. 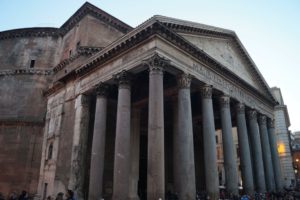 We ate nothing but pizza for a full week, which was entirely worth the bloating and gastrointestinal problems that came with such an irresponsible diet. 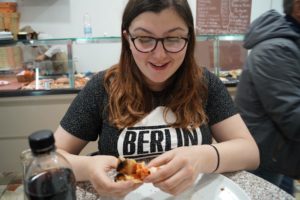 Beth Criado-Band never got tired of the pizza in Rome. (Kiernan Majerus-Collins/YJI)

The Pigneto neighhorhood was filled with graffiti-art, and our favorite coffee shop, ‘Necci dal 1924,’ which we visited most mornings. 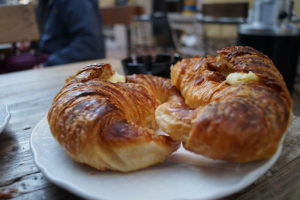 On a serious note, I would strongly recommend not traveling to Rome as a single woman. Sexual harassment happens everywhere, but the severity of it in Italy was unlike anything I had ever experienced.

Beth Criado-Band is a Senior Reporter with Youth Journalism International.