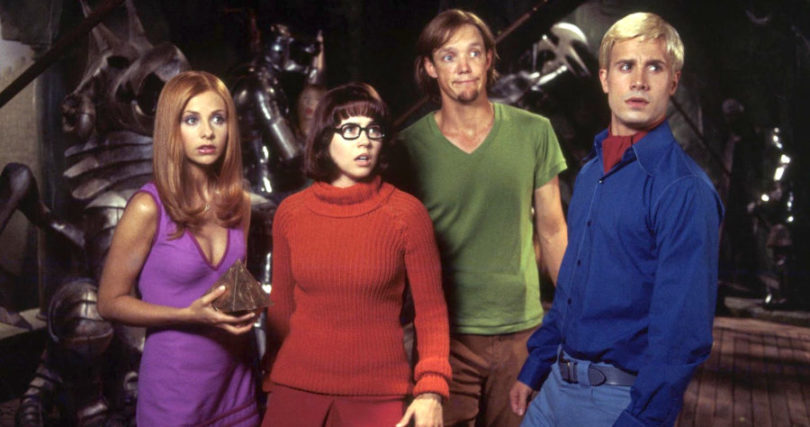 BRISTOL, Connecticut, U.S.A. — Scooby dooby doo, where are you? You’re in a wildly cheesy movie with Freddie Prinze Jr. and Sarah Michelle Gellar.
I must admit, when I watched the Scooby cartoons (even the ones with Scrappy) as a young child, there wasn’t any talk or even speculation of Shaggy the pothead or Velma the lesbian. It was just the Mystery Machine gang, a bunch of smart, crime-solving teenagers and their little dog too.
I absolutely loved it.
And now, with a brand new live action remake of my favorite mystery-solving dog — Scooby-Doo — it’s like watching it with new eyes — and I really don’t like it.
I wish I was that little six or seven year old out there in the theater just watching the cartoon for the mystery (a pretty good one) and the funny antics of the group.
But now, being fully aware of what our parents really thought about the movie, you can’t help but to look out for any lesbian activity from Velma, or the love connection between Daphne and Fred.
Although I think the latter was obvious even to my 7-year-old self. 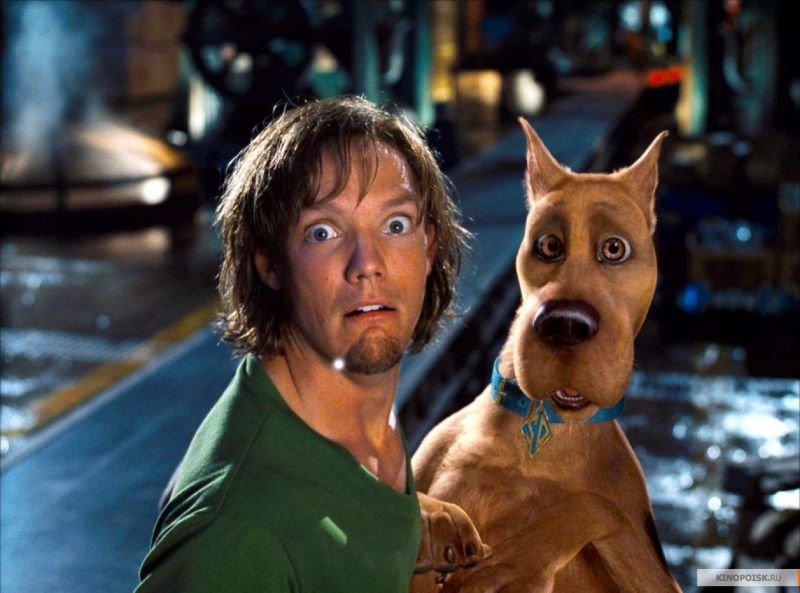 The movie plays with all that for adult viewing audiences.
It totally flies over even the smartest elementary school kid, but I’m sure they can’t help to wonder why us big kids are chuckling when Shaggy tells Scooby “We’re toasted!”
For a person who just absolutely adored the whole Mystery Inc. gang, it’s kind of disheartening.
Anyways, back to the movie.
The plot is simple: the whole gang, after foiling another typical spooky crime, is tired of their respective roles. They want respect as their own private investigators and split up for two years to do their own thing.
They’re all invited separately to Spooky Island, to find out why all the spring breakers there seem to turn into zombies during their stay, and slowly put their differences aside and reunite after the lovable Scooby is kidnapped.
The movie’s style plays just the same as the half-hour cartoons, just with more to the mystery than the shorter cartoons.
The characters are enhanced a little more too, with much more focus on them than the mystery itself.
Like the cartoon, the movie tries to steer the viewing audience in all sorts of directions, as usual, so that anyone in the movie is a suspect.
But, it couldn’t be more obvious in the end when the absent-minded and quirky gang of five foil the villain.
As with any good remake, you have to bring back all the characters, and the transformation from television cartoon to live-action movie is actually not that bad.
The characters now are out of their trendy 60’s outfits and into some nice turn-of-the-century remakes of the outfits.
Linda Cardellini plays Velma, Freddie Prinze Jr. is Fred, Sarah Michelle Gellar plays Daphne, and Shaggy is played by Matthew Lillard. Scooby is still Scooby-Doo, just in 3D.
Scooby’s laugh, his slobbering attempts at talking and his love for Scooby Snacks are all still there, just like we remembered them.
Lillard, I think, does a great job as Shaggy and he and Scooby look like they popped right out of the cartoon.
I always remembered Fred and Velma to be a bit bigger on TV, but I’m glad they dieted into the shapes of actor Prinze Jr. and petite Cardellini since I last saw them. Their appearances all resemble their Saturday morning, animated predecessors so it’s almost like watching the cartoon, just in real life.
Scooby-Doo is definitely a movie for all.
Kids will absolutely love it, although certain scenes don’t try as hard to cover all those speculations you hear about the Mystery Inc. gang later on in life, but they’re minor references at most.
The cast only go as far as kissing. There’s no sex in Scooby.
It’s wholesome, but it’s cheesy too.
If you like cheesy, like I do, you’ll love it, but there’s no intelligent humor in the movie as far as the eyes can see, so be forewarned.
It’s fun, though, and you’ll love how it all turns out in the end. You’ll be hitting your head against your chair so hard it was that obvious.