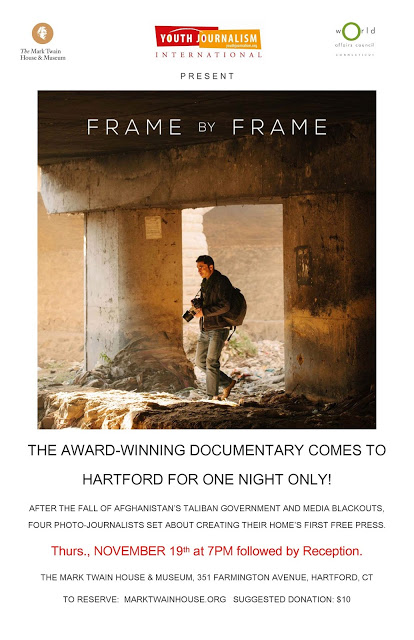 HARTFORD, Connecticut, U.S.A. – For one night only, Connecticut will have a special showing of an award-winning documentary film about the fight for press freedom in Afghanistan.
Youth Journalism International, the World Affairs Council of Connecticut, and The Mark Twain House & Museum will present a special screening of Frame by Frame on Thursday, November 19 at 7 p.m. in the comfortable theater at The Mark Twain House & Museum.
A reception will follow.
Donations collected at this screening will benefit Youth Journalism International, an educational non-profit organization founded in Connecticut in 1994 that now has students around the world.
Frame by Frame had its world premiere at SXSW in March 2015 and international premiere at Hot Docs Film Festival where it was selected a Top 10 Audience Favorite out of more than 220 films.
Filmed in modern Afghanistan bursting with color, Frame by Frame follows four Afghan photojournalists navigating a dangerous media landscape as they reframe their nation for the world, and for themselves.
Following the U.S. invasion in response to 9/11, the Taliban regime toppled and along with it, the media blackout. In its wake, a fledgling free press emerged and a photography revolution was born.
Through cinema vérité, powerful photojournalism, and never-before-seen footage shot in secret during the Taliban regime, Frame by Frame connects audiences with four humans in the pursuit of the truth.
Watch the trailer and tell your friends. Make reservations by calling (860) 247-0998 or online.
Donations – at least $10 is suggested – will be collected at the door. 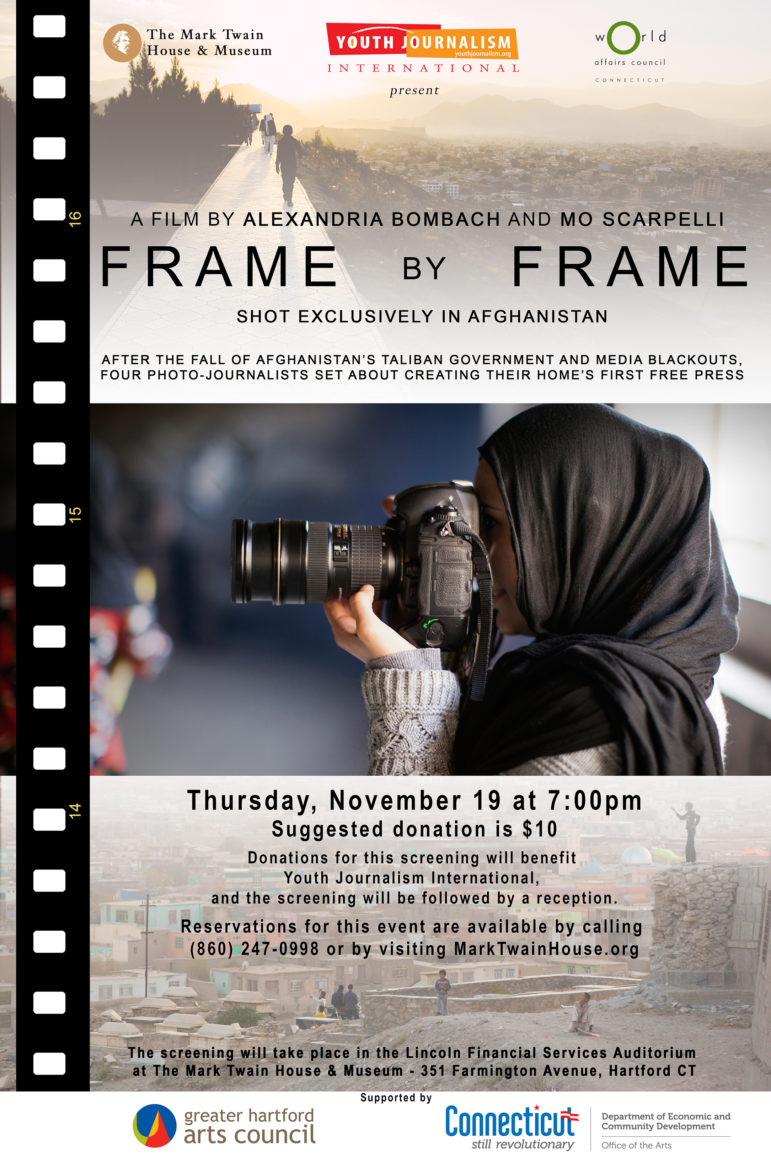