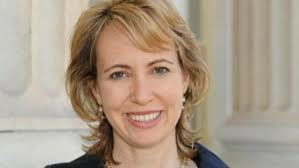 Mariah Pulver, a Youth Journalism International veteran in Tucson, was among the many in her hometown struck by the nightmare of outside a suburban Safeway grocery store on Saturday morning, where a young man with a gun opened fire on a congresswoman and the crowd around her. Six are dead, others are still fighting for their lives. Here are Mariah’s thoughts:

TUCSON, Arizona, U.S.A. – Saturday’s shooting of a congresswoman in Arizona is a day that will go down in history, but to me it’s even more personal than that.
My house is eight miles from where the shooting happened – at a shopping center where I go to frequently, a place that I drive by every single day.

When I think about the people that were killed or injured, I know that it could have been my family or my friends. Luckily, my family was safe, but the families of others were not so fortunate.
Six people were killed, including a 9-year-old year girl, three elderly residents, a federal judge and Gifford’s community outreach director.
My prayers go out to all of them and their families.
U.S. Rep. Gabrielle Giffords, a Democrat from my city, remains in critical condition in a local hospital because she was shot in the head.
This shooting deeply hurt my community.
How someone who lived here and was part of our town could do something like this is beyond everyone.
Jared Loughner, the accused shooter, went to a high school down the street from mine and attended a community college in my town.
Although he seemed to be deeply rooted in Tucson, apparently that bond was not strong enough to prevent him from feeling upset enough to kill.
Whether his motive was dislike of Giffords or dissatisfaction with politics, the result was horrifying.
If people think they need to be dangerous in order to be heard, then the nation has a problem. The separation between political parties has gotten to be so severe that nothing is being solved and people are being hurt.
The shooting isn’t the only awful thing that has happened. Two days earlier, someone sent a package to Janet Napolitano, also from Arizona, that ignited at a post office.
And these are only occurrences dealing with Arizona.
The rest of the nation has problems as well.
Our government needs to focus right now on the people, not on fights between parties or how to prevent bills from passing, but on how everything is affecting the people.
Obviously, the people aren’t happy, or safe, right now and that needs to change immediately. Hopefully, we can do something to make that happen.
Mariah Pulver is a Reporter for Youth Journalism International.