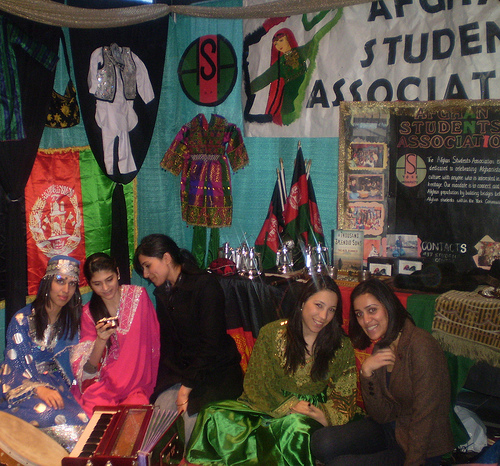 Toronto, Canada – Students from different cultural organizations showed off Canada’s diversity as they gathered this month for York University’s annual Multicultural Week.
Multicultural Week 2010 gave students the chance to show others what their cultures are all about, by competing in eight major events.
The Multicultural Parade, the first major event of the week, started right after the Opening Ceremonies. The drumming began and the students got off to an enthusiastic start. Many wore colorful traditional clothes and waved their countries’ flags as they walked down the streets and through buildings of the York University campus.
The York University Tamil Students Association took first place in the Multicultural Parade.

The Global Fashion Show event included not only the typical catwalk and showing off clothes from different countries, but also dances and music from around the world. First place went to the Indian Cultural Association.
At the Global Village, colorful displays represented the different cultural organizations. The event gave people the chance to learn about and develop respect for different cultures.
The Afghan Students Association won first place in the Global Village event with its display, which included an instrument called a harmonium. At one point, members of the Afghan Students Association gathered around the harmonium and clapped while another member played.
One of the members of the Afghan Students Association said that music is a big part of Afghan culture.
The last event of Multicultural Week was the Stage Performances, in which students represented their cultures through different types of dances. Before Set 2 of the event, which started at night, the long line of waiting students got overcrowded, and arguments broke out. Students waited more than an hour to get inside the theater, but once inside they cheered loudly for the performers.

The York University Tamil Students Association won first place in the Stage Performances as well, and became the overall first place winner of the Multicultural Week competition.
Before Multicultural Week began, the York University newspaper Excalibur ran an article suggesting that Multicultural Week competition destroyed relations between organizations and prevented students from respecting other cultures.
The competition motivates organizations, but at the same time it’s better to stay out of the competition if you want to respect other cultures, said Roya Aman, a second year Kinesiology student at York and a member of the Afghan Students Association.

But students don’t just compete in Multicultural Week for the prize, said Mubaraka Kachwala, a third year Biomedical Science student and a member of the Indian Cultural Association. She said she thinks they also do it to learn about and unite with other cultures.
“This is a good platform to learn more about different cultures and interact with different people,” Kachwala said. 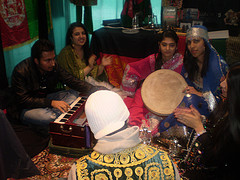 Members of the Afghan Students Association enjoy their time in the Global Village while the harmonium is being played. (Mehran Shamit/YJI)

Blagojce Kominovski, a third year Accounting student and president of the Macedonian Students Association, described this interaction between all the different cultures in one place as something that you can only experience at York.
The event is about being proud of your own culture and also being proud of the fact that Canada recognizes your culture, said Viktorija Milenkovski, a fourth year History student and a member of the Macedonian Students Association.
“Even though we are all from different cultures we have many similarities and come together as one in this great week,” said Haroon Noorzada, a third year IT student at York and a member of the Afghan Students Association.
“York University’s Multicultural Week shows that there is a chance for peace and freedom in the world by all the students showing one another respect and love,” Noorzada said.

Mehran Shamit is a Junior Reporter for Youth Journalism International. 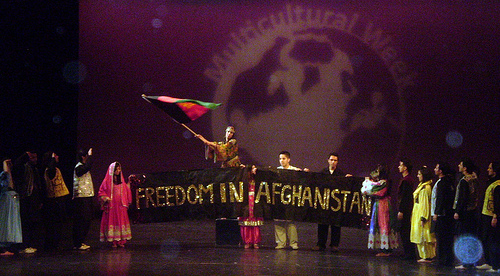 Members of the Afghan Students Association finish off their stage performance with a message of freedom. (Mehran Shamit/YJI)