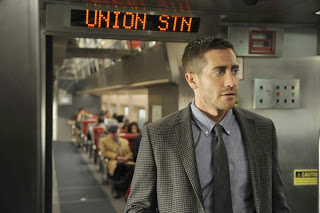 TORONTO, Ontario, Canada — It takes a lot to make a good thriller these days.
From a good plot to a considerable, well-rounded cast, we are at a place where we expect a lot out of our movies, mainly because our culture has evolved to take on complex media forms, including movies.
Many thrillers today fall short somehow, done in by bad acting or a really cheesy plot.
Many movies today are hybrids, such as a sci-fi thriller or a comedy-drama, and somehow fail to take the good elements of the two genres and mash them together successfully.
So I’ve tried to avoid sci-fi thrillers because they seemed to the bad corniness of a suspenseful thriller with nonsensical ‘sci-fi’ elements.
There are parodies about these sort of movies, overplaying the emotion while totally misquoting the science. I look at them all with caution.
However, there are films that do overrule my objections, such as J.J. Abrams’s recent Star Trek film, and The Source Code.
The fact that Jake Gyllenhaal and Vera Farmiga are in it was enough reason for me to want to watch it in the first place, but praise for this movie should go to the director as well.
Duncan Jones finds a way to go beyond the really shoddy sci-fi plot and to focus on the emotions behind the characters, By doing that, he creates a thoroughly satisfying movie.
Do not mistake Source Code for another The Day The World Ended sort of film. It’s a movie that avoids shoddy science and creates a considerable amount of depth to all of its characters.
Notice the one tear running down the cheek of Derek Frost (Michael Arden) or the subtle facial expressions behind Colleen Goodwin (Vera Farmiga).
These characters work out well to the point that they seem human, or real, and that is what’s best about Source Code.
The plot involved a soldier who has to find the criminal behind a recent bombing on a train bound to Chicago. He does this by using the Source Code machine to take over the mind of someone who was on the train eight minutes before the bombing occurs.
But forget the mind-boggling plot and be satisfied with the rollicking fun that the actors provide.
The sci-fi elements of Source Code may not make any sense, but everything else does.