WESTERN CAPE, South Africa – National Election Day arrived on April 22 in a fashion more peaceful than many South Africans expected.
As a public holiday, that meant, for many, they could sleep in. But others woke up at the crack of dawn and made their way toward voting stations around the country. 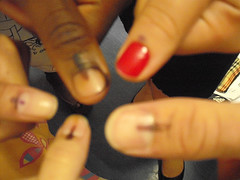 Some traveled by foot, the more fortunate by car, but citizens throughout the country appeared to have a single pattern of thought on their minds – reach the polling stations, vote, go home and anticipate the results.
“We can all try to change the country by complaining or we could try to change it by voting,” said Paul Jordaan, a fifth-year medicine student in Western Cape.
When asked if they had voted, those who did gave a thumbs-up to display the iodine stain on their thumb as proof of voting.
Perhaps this thumbs-up is a united sign of hope, a reminder that, regardless of the party that voters supported, they are all simply looking for a more positive South Africa. 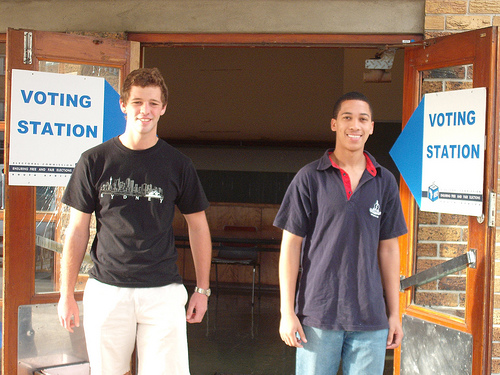 The election campaigns this year were held with a vigor only exceeded by those of 1994 – a time which most first-time voters can hardly remember, the first opportunity that every South African had to participate in choosing the country’s leaders.
For many years, campaigns had been careful of pointing fingers at other parties and focused instead on their own policies and strengths. This year, for the first time, campaign posters and speeches directly highlighted the faults of other parties.
A poster by the Independent Democrats stated, “Can’t COPE?” in reference to a newly-formed party called COPE.
“Vote ID,” another poster from the same party, referred to the high rate of fraud among government officials by stating, “Put criminals in jail, not in parliament.”
The Democratic Alliance took it a bit further with posters explicitly demanding, “STOP ZUMA!” — the African National Congress presidential candidate Jacob Zuma, who ultimately won.
Voting stations were open from 7 a.m. to 9 p.m. and in many places in the country, queues of several hundred meters thronged towards the stations.
Smaller stations, such as the one at Tygerberg Academic Hospital in the Western Cape, experienced a much smaller trickle of voters throughout the day,
An official from the Independent Electoral Commission said they expected no more than 800 voters at this polling station, mostly students at the nearby Stellenbosch University Faculty of Health. But by 3 p.m., only an estimated 250 had cast their votes at the polling place.
Where was everybody?
South Africa has a population of almost 50 million, of which about 31 million are eligible to vote. Of these, 23 million registered to vote. According to the election commission, national turnout came to 77.3 percent of voters.
Though some students said they didn’t have time or didn’t want to participate, many others did. 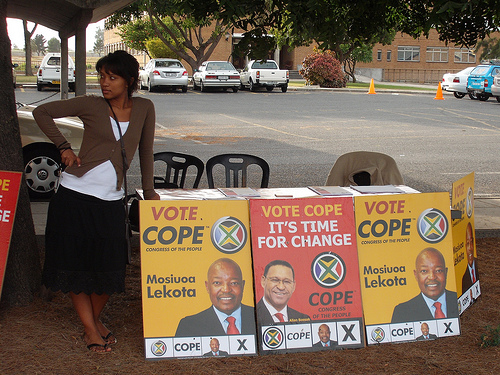 Theresa Stocky, a fourth-year physiotherapy student said her reason for casting a ballot was simple: “Because I’m proudly South African!”
Roelien Groenewald, a second-year medicine student said that she doesn’t consider it right to complain about the government if you decline to vote – thus, no voting, no complaining.
A fifth-year medicine student, Melissa Pietersen, disagreed.
“It’s not just about not having the right to complain if you don’t vote. It’s your responsibility as a South African citizen to carry forth the democratic ideal for which blood was shed in our history,” she said.
Roschan Maytham echoed Pietersen’s thoughts.
“I try to be a responsible member of society. This is part of that attempt,” Maytham said.
The official election results released by the IEC on Saturday showed the African National Congress won the race with 65.9 percent- its two-thirds majority to change the constitution out of reach.
The Democratic Alliance retained its status as official opposition with 16.6 percent the tally, up from 12.3 percent in 2004.
The infant party, Congress of the People, got 8 percent of the votes and became the new official opposition in four provinces, a feat unexpected for such a young party with access to very little capital.
ANC-supporters danced at celebratory rallies for their victory. Others sighed knowingly, as few had actually expected the ANC to lose this year. The ANC did lose some support, as well as completely losing the province of the Western Cape, which was won by the DA.
With the results known, life in South Africa has returned to normal.
Election posters are fading and the voices of politicians are quieting down.
A quick look at South African Facebook profiles illustrates a relief, where young people state that they do not want to hear the word “vote” for the next four years. 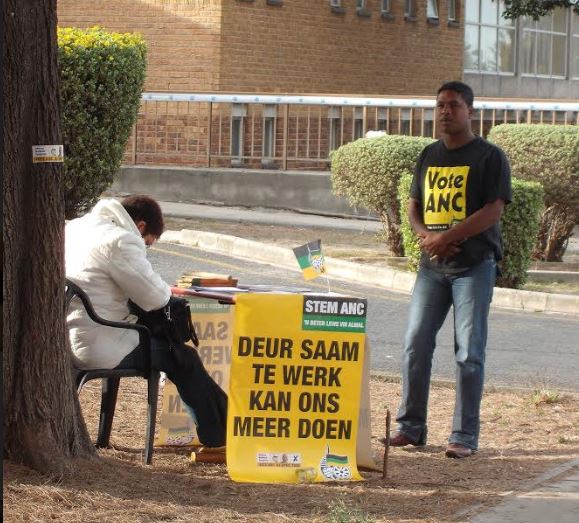 ANC party-representatives. The poster translated says, “By working together we can do more.” (Mariechen Puchert/YJI)