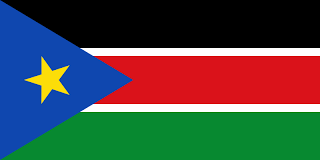 KAMPALA, Uganda – At noon Saturday, a new country was born in Africa.
Celebrations broke out at midnight as Sudanese residents near my home in the Najjanankumbi section of Kampala welcomed the birth of their long-awaited nation – the Republic of South Sudan.After suffering civil war in Darfur over the past two decades a

nd facing a new escalating conflict over the resource-rich Abyei region, South Sudan has become the 56th country in Africa, 193rd country in the world and the last country in Africa to attain its independence.
More than three million people gathered in Juba, the new country’s capital, to mark the occasion, according to the NTV Uganda.
The independence celebration in Juba drew more than 30 heads of state from all over the world, including Omar al-Bashir, the president of Sudan.
The struggle for South Sudan’s independence was started by the late John Garang de Mabior who died in 2005 in a Ugandan presidential helicopter that crashed returning from a meeting in Rwakitura with long-time ally President Yoweri Kaguta Museveni of Uganda.
Salva Kiir Mayardit, the most senior general in the liberation army, is the first president of the Republic of South Sudan.The official languages of the new nation will be English and Arabic, which are widely spoken. They will be complemented with the various ethnic languages which most dominated remote areas in South Sudan.
South Sudan is one of the world’s poorest countries, with extreme poverty despite sitting on potential riches in oil.Whether or not South Sudan will prove able to address many the many difficult issues on its agenda and succeed in development, time can only tell. 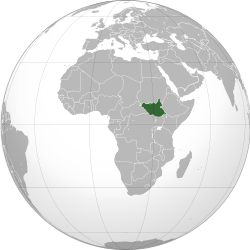