WEST HARTFORD, Conn., U.S.A. – The Hartford Stage show “Sheila’s Day” touches on several issues that typically strike a nerve with people.
The biggest issue in the play, which focuses on two domestic workers, is racism. 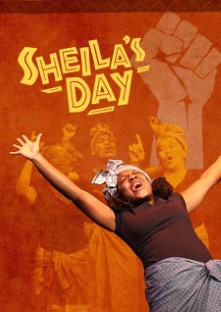 One is a black woman living in the American South in the 1960s. The other is a black woman living in South Africa at the same time. They are treated badly by the people they work for and the oppressive upper class that strives to keep them down.
The most important issue in the show, and the one that is the most relevant to life today, is class discrimination. The economic effects of the Montgomery bus boycott and the Greensboro sit-ins were subtly but purposefully slipped in.
The reason class discrimination continues to be such an important issue is that unlike sexism and racism, it has never been effectively addressed in most major countries, including the two that “Sheila’s Day” focuses on.
Class discrimination also contributes to racism and sexism, as those institutions have put minorities and women at an economic disadvantage throughout history, especially since the dawn of industrialization.
This disadvantage is only beginning to be overcome, and class differences are just beginning to be diffused.
The reason for this is in large part due to racism and sexism. So while these outdated prejudices may be on their last legs, the issues they’ve created will have a profound impact on the world for years to come.
Duma Ndlovu and Mbongeni Ngema, the playwrights of “Shelia’s Day,” appear to have the same view.
So what does “Sheila’s Day” say about class discrimination? It urges us to take decisive action like those who participated in the march to Pretoria or the Montgomery bus boycott.
It shows that those who came before us were able to strike down the issues of their day – racism and sexism – through the will of the people and the strength of the human spirit.
The lesson that one should draw from “Sheila’s Day” is that to fix the pressing issue of economic inequality, swift, decisive action is necessary.
We must be bold, and we must be willing to take the first step towards righting this egregious evil – for if the first woman hadn’t been willing to march to Pretoria alone, 19,999 more would never have joined her.
If Rosa Parks hadn’t stood her ground, buses in Dixie might still be segregated.
Fixing economic inequality will be a daunting task. But as “Sheila’s Day” shows us, even the strongest and most evil of institutions can be struck down if truth and right have the courage to prevail.