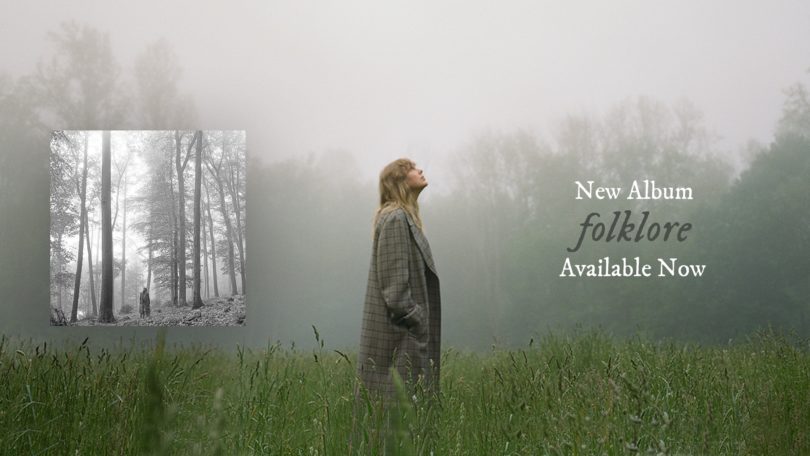 Clarksburg, Maryland, U.S.A. – When I heard that Taylor Swift – one of my all-time favorite artists – had released a surprise album, I dropped everything to check it out. I fell in love with every track, each song weaving stories that overlap throughout the album.

Swift’s eighth studio album, folklore, is a remarkable collection of 16 carefully built musical stories about wisdom and experience. As an indie album, folklore showed a side of Swift’s musical abilities different from her previous hits.

Mellower and softer, with much slower tempos than her other billboard toppers, every song magically showcases her voice.

Throughout the album, Swift sings about famous heiresses, fairytale romances, imaginary teenage love triangles, and her own family history.

Rebekah Harkness, Standard Oil heiress was the muse for the third track in the album, “the last great american dynasty,” while Swift’s own grandfather’s war experiences inspired “epiphany.”

Packed inside the musical storybook was my personal favorite of Swift’s creations: the teenage love triangle trio. Three songs in folklore, “august,” “betty,” and “cardigan,” tell the same story from each character’s point of view. Each song is unique, with Swift’s country roots shining through in “betty” and the dreamy melody of “cardigan.”

My mind swirled when I heard Swift singing in the perspective of a teenage boy longing for forgiveness after cheating on his girlfriend, and my heart ached when I heard his betrayed girlfriend reminiscing about their once-perfect relationship.

I felt every pang of guilt, sadness, and anger laced into the music, and it made the album that much more special.

Maybe I love this album more than others because I connect to it. I can’t be the only one, though.

“And when I felt like I was an old cardigan under someone’s bed, you put me on and said I was your favorite,” sings Swift in “cardigan.”

Soft guitar backs her voice while she sings, “I’m only seventeen, I don’t know anything, but I know I miss you.”

It’s no doubt that this music was directly impacted by the pandemic, but that’s what makes it so great.

Unlike the performance-ready pop songs from her previous albums, folklore sounds like it is meant for the soul, not the radio. Songs about an old widow, a terrified child with a traumatized friend, a ghost watching her enemies at her funeral wouldn’t dare to appear beside “Shake it Off,” but these are the songs that meant the most to me.

The album made me think. I spent hours listening to each song again and again, trying to decipher hidden messages intertwining it with another one on the album. These tracks will be the ones that I go back to when I need to feel something, the stories that will stay with me forever.

Regardless of who you are, folklore is an album you will never forget.