For Cyrilla Mulindi, a 19-year-old Kenyan living in South Africa, the election of Barack Obama as the next president of the United States means that “anything is possible!”
That feeling of hope – embodied in Obama’s campaign mantra of “Yes We Can” – resonated with many young people around the world interviewed by a team of Youth Journalism International reporters in eight countries on five continents.
They found this year’s highly anticipated presidential election not only entranced Americans, but also captured the attention of the world, with many rooting for reform on a variety of issues.
Obama’s election means “a change in our country, economy, and ourselves,” said Maria Fernanda Manzano, a 14-year-old student at Alder Creek Middle School in Milwaukie, Oregon.
“It’s history and I’m very happy. I hope he can make his promises come true,” said Kenneth Holder, an eighth grade student at King Philip Middle School in West Hartford, Connecticut. 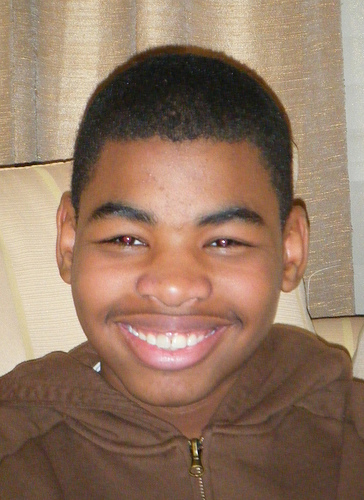 Tyler Steinhorse, a 16-year-old from Tucson, Arizona called the Democrat’s win “just amazing.”
“I hope that he’ll actually bring about the change he promises,” said Anne Stolpe, 18, of Städtisches Gymnasium Meschede school in Meschede, North Rhine-Westphalia, Germany.
Anna Lee, an 18-year-old senior at Ironwood Ridge High School in Tucson, Arizona, called Obama’s win “really historical” and declared a desire for “great change.”
Rabbia Ashraf, a junior at the American School of Kuwait in Hawally, expressed surprise at Obama’s decisive victory over Republican John McCain.
“I didn’t think America had the guts to elect a president from such a diverse background. These days, it’s very uncommon for countries to let individuals who aren’t purely of their nationality to even hold a position in parliament, much less be elected as the leader,” Ashraf said.
Obama “represents the Americans’ desire of change, not just because he is a Democrat after eight years of Republican presidency, but also because he is African-American,” said Alice Cordara, a 17-year-old high school student at Liceo Classico Mazzini in Genoa, Italy.
Rocco DiTaranto, an eighth grade student at Bristow Middle School in West Hartford, Connecticut, called Obama’s win “the end of a bad era by George Bush and a new beginning of African-American freedom.”
The outcome of the voting shows people can move on from a racist past, said Nolitha Namatovu Luzuka, 18, a Ugandan who is a South African citizen and a senior at the Clarendon High School for Girls in East London, South Africa.
“I wanted to see if the U.S.A. could handle having a president of color – and how he would deal with current issues facing the globe. So far I am impressed and believe Obama has what it takes,” said Christian Reinhard Müller, a 19-year-old South African.
“It means America is the land for opportunities,” said Saeed Haris, 24, an undergraduate at the newly established American University of Afghanistan in Kabul.
Many young people reacting to Obama’s election said they are looking for action on issues such as the environment and the economy.
“He is open-minded,” Cordara said.
With Obama at the helm, there will be “more freedom, greater improvement, perhaps less crime” and better economic plans, said Divya Singh, 11, a seventh grade student at Carteret Middle School in Carteret, New Jersey.
Puneet Kapoor, 16, of Sunbeam English School in Varanasi, Uttar Pradesh, India, said Obama’s policies “are for the middle class” and his economic ideas are better than what McCain offered.
Calling outgoing President George W. Bush “a disappointment,” Stolpe said that “Obama seems to be set on doing more for the environment” by cutting back on greenhouse gas emissions and perhaps signing the Kyoto Protocol aimed at curtailing global warning, a step she said “would definitely improve the U.S. image.”
“We have a chance to mend the big mistakes Bush has brought to us,” said Elan Green, 13, an eighth grader at Alder Creek Middle School in Milwaukie, Oregon. 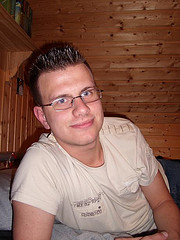 Obama’s win “means I don’t have to see George Bush’s face every day. And that’s a good thing,” said 17-year-old Timothy Lyons of Ballarat, Victoria, Australia.
“From what I see, U.S. foreign relations will definitely change for the better under President Obama,” said Ray Ma, a 15-year-old homeschooler from Columbia, South Carolina.
“That man inspires great respect and admiration throughout the world. Whether it will last, however, is a different question,” Ma said.
“There will be some drastic changes,” said Fatema Al-Bader, 16, who attends the Universal American School in Hawally, Kuwait. “Some of the changes may not be as drastic as some people want them or expect them to be, but in the end I do believe that these changes will be [for] the better.”
“A lot of things are going to change. Some for the bad and some for the good,” said Tyler Cruver, who lives in Dayton, Tennessee and is a junior at Rhea County High School.
Katie Mullaney, 16, from Hopkinton, Massachusetts, said Obama “does change the face of politics” but believes that “if he wasn’t black, or young, or his slogan had nothing to do with change, he wouldn’t have been elected. Politics has always been about image, but now image can get you elected.”
Philipp Küchler, a 19-year-old student at St. Elisabeth Akademie in Düsseldorf, North Rhine-Westphalia, Germany, said time will be the greatest measure of Obama’s true international integrity.
As for the current enthusiasm saturating the historic win, Küchler said, it remains for the Democrat to turn good intentions into actual improvements.
“I don’t believe that everything will change, but hope is the last to die!” said Luca Capizzi, an 18-year-old student at Liceo Classico Mazzini in Genoa, Italy.
Whatever awaits, it seems the result spells a turning point for America, with youth across the world keeping a mindful eye on developments.