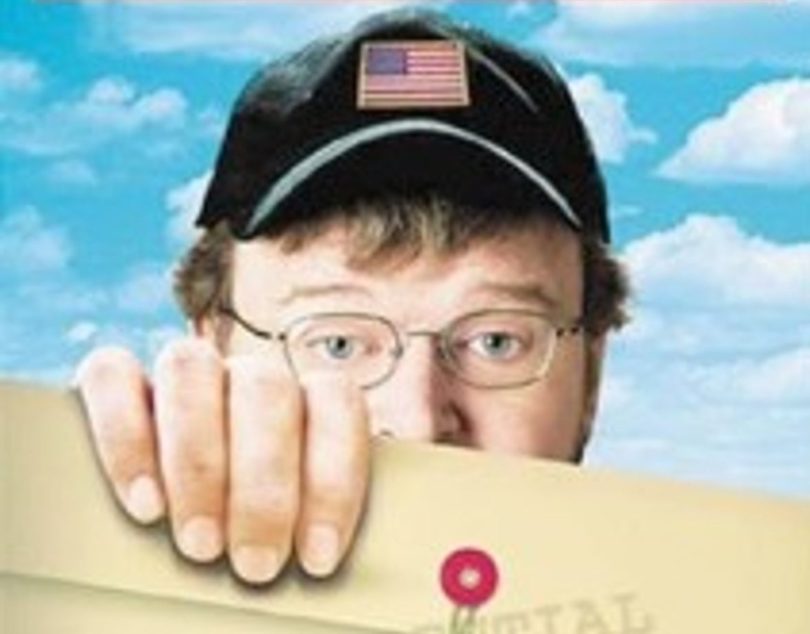 TORONTO, Canada — With Fahrenheit 9/11, filmmaker Michael Moore continues his trend of cranking out fantastic and revealing documentaries.
Stirring together his secret potion of true facts, humor and creative flair, Moore ’s hit documentary shows in painstaking detail why George Bush is America ’s worst president ever.
The film highlights the oil-stained road that put Bush in the White House despite outright corruption, racism and conflicts of interest that ought to have sidelined him.
Moore grabs up little-known facts from many sources, including exceptional video footage of the American-led wars in Afghanistan and Iraq, to create the magic dust that cranks up the heat on Bush just in time for the 2004 presidential election. 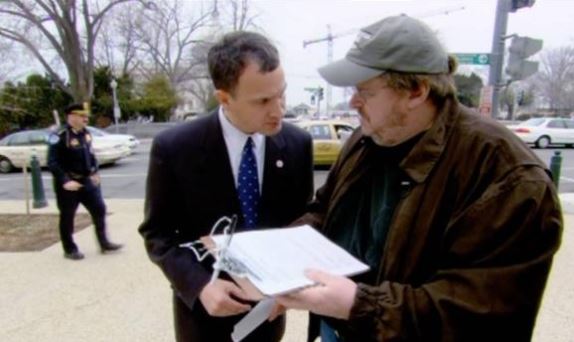 In the movie, Moore lets us know that Bush spent 42% of his time as president prior to Sept. 11, 2001 on vacation at his ranch Crawford , Texas , at Camp David or at the Bush family compound in Maine. You see Bush ignore his daily presidential briefing on August 6, 2001 that warned “Bin Laden Determined to Strike Inside U.S.”
On the night before the terrorist attacks, Bush slept over at his brother’s house in Florida before heading out to Emma E. Booker Elementary School in Sarasota , Fla. to promote his education agenda.
It’s hard to beat the juicy footage of Bush being informed there that America was under attack and then sitting there, doing nothing more than reading for more than seven minutes to a classroom full of children reading “My Pet Goat.” When an aide whispered to him that a second plane had struck the World Trade Center, Bush, you guessed it, continued reading.
“The level of Bush’s intellect stops at My Pet Goat,” said Neil Trilokekar, a student in Toronto, Canada.
Fahrenheit 9/11 “revealed a lot of facts that were unknown to the public,” Trilokekar said.
In addition to providing entertainment as you see the idiocy that President Bush, or whatever you want to call him, has made so evident for the past four years, Moore shows you how tied to Saudi interests Bush has been.
Moore will make you laugh at the ever-so-apparent, flat-out stupidity and lack of judgment that Bush and his administration display while running one of the most powerful countries in the world.
Bush has made at least half the country embarrassed to say he’s America ’s president — and shown the public his true essence: that, yes, he’s a madman!
Check out the documentary at your local cinema, though, sadly, if you are in Texas you will need to wait until Moore ’s movie comes out video because theaters there won’t show it.